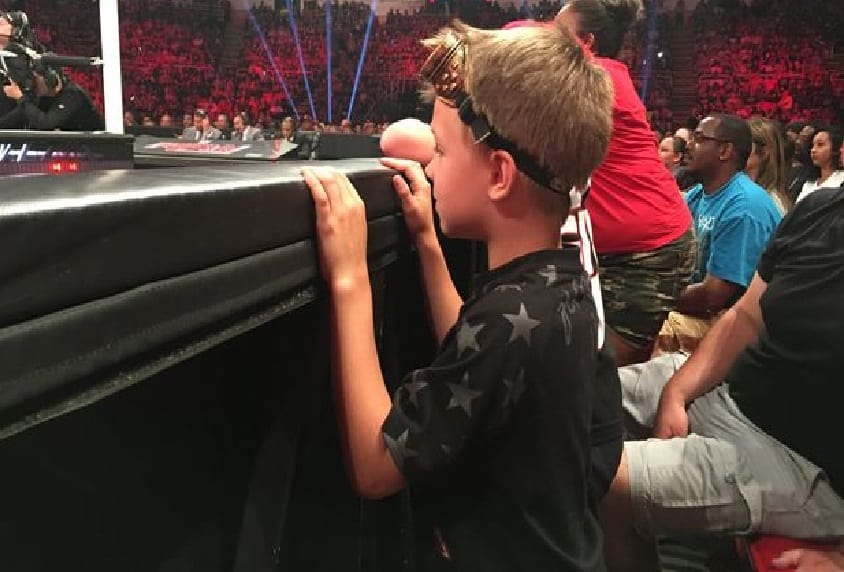 It looks like WWE wanted to make sure they had people in the audience when they invade the Royal Albert Hall for the WWE United Kingdom Championship Tournament in a couple weeks.

We previously reported that tickets were not selling well for these shows and the latest Wrestling Observer Newsletter clarifies some of the reason for this. It was said that the belief is the WWE audience isn’t interested in these shows as evidenced by the fact that there is a lack of reaction WWE UK Superstars get when they appear on house shows.

Even though Shawn Michaels was announced for the event on the 18th, they’re still not a sell out by any means.

The primary fanbase for these shows are the same people who attend Progress, Revolution Pro, and ICW events and those shows have much cheaper ticket prices. Therefore since WWE is charging 60 pounds for the least expensive seat in the house, WWE is doubling down a little bit to make sure the crowd looks full.

While they can always use lighting tricks to not show empty seats in the back they need to fill the ones up front. This is why fans who bought tickets for the 6th row received an email this week saying they were not holding front row tickets without needing to pay the extra ticket price.