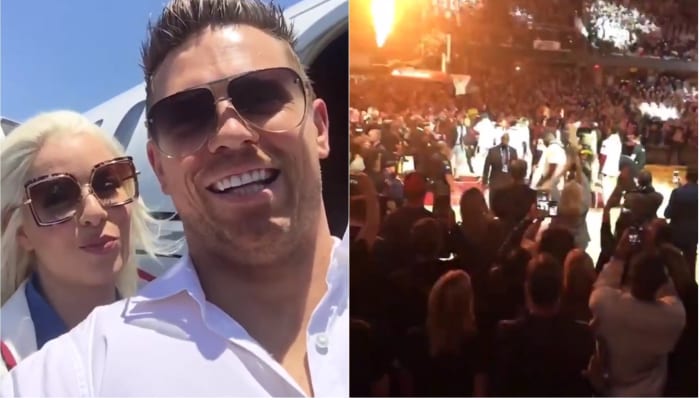 The Miz might say he’s a resident of LA right now to get heat but he’ll always be a Cleveland boy at heart. The Ohio-native is currently looking to become Mr. Money In The Bank but yesterday evening his attention was on another sport entirely.

The A-Lister surprised Maryse with a jet ride to Cleveland so they could go to the NBA Finals. Maryse had no idea where they were going and assume it had something to do with The Miz’s dad.

While the former Intercontinental Champion’s father was at the game as well, the focus was more on the Cleveland Cavaliers when it came to what The Miz really had in mind.