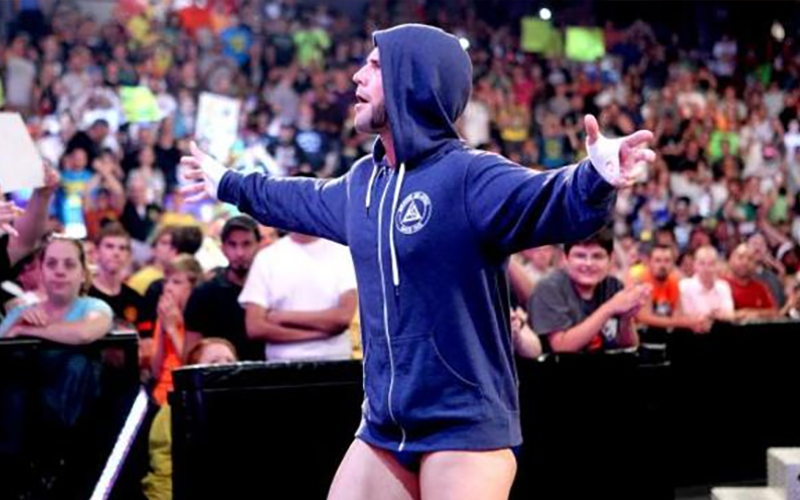 CM Punk has had a massive week so far, with the verdict of his case against Dr. Amaan weighing against him. It isn’t over yet, though, as the fighter is scheduled to compete against Mike Jackson this weekend in Chicago at UFC 225.

Following the case, Punk spoke with MMAFighting.com, where he revealed that he may still be open to a future in the professional wrestling industry- but it is still debatable depending on what offers he would receive.

Punk claims that nobody has provided him with a straightforward offer. The former WWE Champion believes he would be open to working matches. This is seemingly if he is provided with details on who he is facing and how much he is being paid for the match.

“Nobody has ever asked me, like straight up asked me, to come wrestle for them. Nobody. [People have said] hey, if you ever wanna do anything… Nobody’s ever been like, ‘hey, here’s the deal, we’re having a show, we’re paying you X amount and you’re working this guy. Whaddaya say, yes or no?’ Nobody’s ever done that.”

Despite this, it is well known that Punk has been offered matches in the past with companies such as Impact Wrestling and 5 Star Wrestling. There has even been talk of him working alongside The Bullet Club in some capacity. It can be said he is with his signing during All In, but there is no confirmation of an appearance at the show itself.

Punk also stated that while he is open, he may not actually accept an offer. He claims that he isn’t closing the door on it just yet.

“I don’t think so, it’s a hard question to answer, a lot’s happened this week. I could definitely tell you if you asked me that question a week ago when I still felt like I had a foot in the grave, the answer [would have been] no, I don’t want anything to do with it. I feel like I’m out and the future is yet to be written, it’s a wide-open book, it’s my story to tell. I’m just being real, I’m not going to sit here and be like, ‘No! No!’ Something might come up, some fun might be had.”

Fans will have to wait and see if Punk stays true to this. In the meantime, you can see the fighter take on the octagon a second time this weekend.