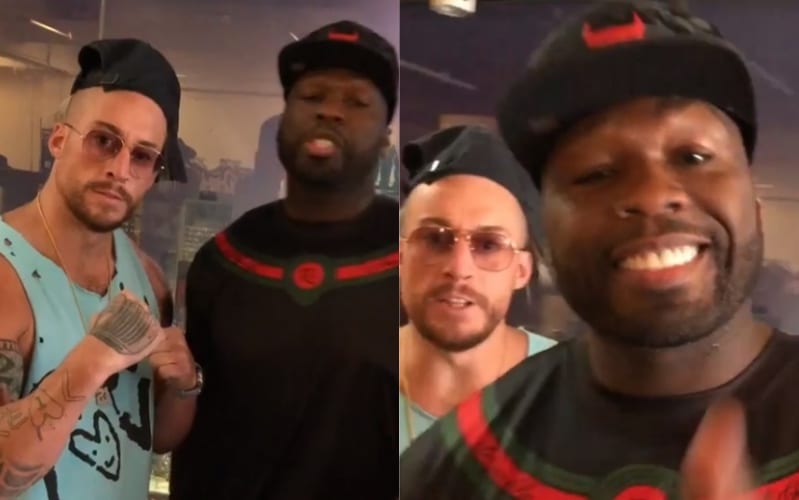 Enzo Amore is still pretty connected in the entertainment business and he certainly proved that when 50 Cent popped up on his Instagram. You can tell this is very recent as well because Real1 is wearing his new merchandise and both guys are super excited about something.

50 and Zo cut a pretty harsh promo to the camera as they walked in circles and were plenty hyped up. It sounds like they’re pretty upset at Sylvester Stallone and it seems they are calling him out along with Michael B Jordan. So essentially they’re calling out Rocky Balboa and Adonis Johnson from Creed.

They could be calling out Adonis and Rocky from the Creed movies or referencing something totally different. We also have no real idea why either of them would be made at each other either. But given the fact Enzo mentioned both Stallone and Jordan in the Instagram post, it leaves little room for interpretation and 50 Cent is apparently pretty hyped up about it too.