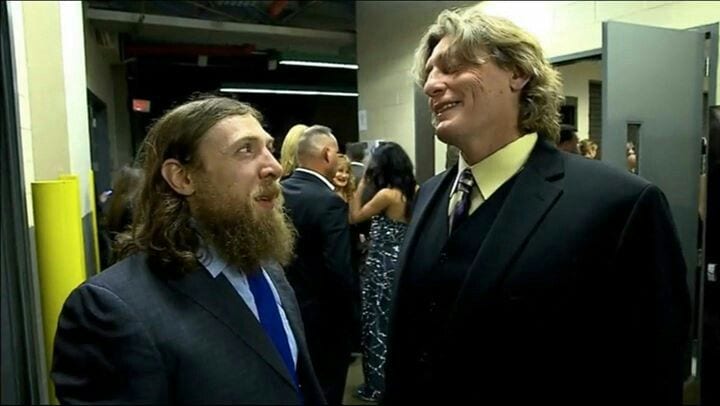 William Regal’s contributions to the world of professional wrestling are noteworthy and highly appreciable. One of the finest to have ever laced up his boots, Regal has also trained a number of great Superstars that we see in the squared circle today.

One of those Superstars is none other than Daniel Bryan. Bryan has been very vocal about his respect for Regal and has given him credit for training him in his early years.

However, Regal recently took to Twitter to state that he never trained Bryan. Instead, it was Shawn Michaels and Rudy Boy Gonzalas who trained Bryan and his close friend The Brian Kendrick.

To clarify this.I didn’t train @WWEDanielBryan or @mrbriankendrick.I trained with them a lot from 2000.They were very well trained by Shaun Micheal’s and Rudy Boy Gonzalas at Shaun’s school.They were already great when I met them.

Bryan then replied to this tweet by correcting Regal and said that Michaels and Rudy kickstarted his initial pro-wrestling career but he wouldn’t have been in his position had it not been for Regal.

To classify us as “great” in 2000 would be a generous overstatement. Rudy and Shawn provided excellent training for a beginner who wanted to learn, but I would have never had the success I did without your mentorship #fact https://t.co/7N1D7whViV

What did you think about this special interaction between Bryan and Regal? Sound off in the comments below…