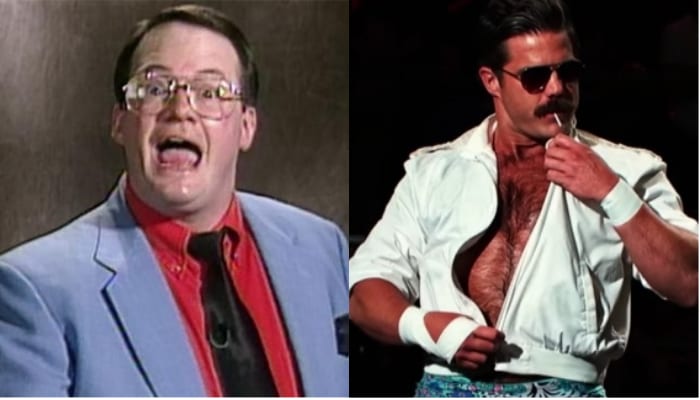 Jim Cornette has never made it a secret that he doesn’t appreciate Joey Ryan’s love of penis-based maneuvers.

Joey Ryan was trying to make a statement about comparing his timeline to others. Where some might see political messages he sees pro wrestling veterans giving advice. Jim Cornette saw this and commented. What happened next was a pretty intense back and forth where no resolution was made.

One fan tried settling things down before they got out of hand by saying: “I like Joey Ryan & Jim Cornette, you guys need to just set aside perspectives on the business and just be happy you have both had great careers.” But of course, that was a bad idea because it only seemed to stir things up even more.

I've had a great career–he's a Saturday Night Live sketch that will never end.

Joey Ryan accused Cornette of trying to stay relevant by throwing barbs at him online. In the end, it looks like both guys got some publicity because we covered it here.

One of Cornette’s loyal followers tweeted out in Jim’s defense by saying: “you’re such a f*cking joke I turned away from one your matches once and my dad went to his car.” But while trying to take a shot at Joey Ryan he accidentally opened the King Of Dong Style up for a great comeback.

It looks like this war of words could keep going as old school and new school continues to clash on social media.