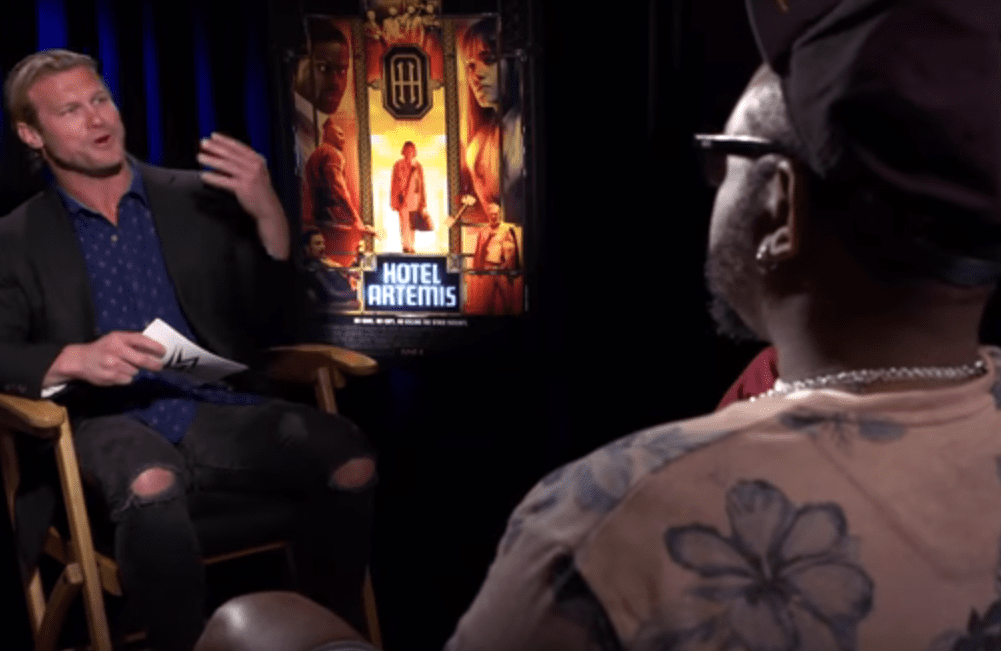 The Show-Off may not have earned a shot at the tag titles with his new partner in crime Drew McIntyre, but that hasn’t stopped him from relishing in his former friendship with the Animal/Drax the Destroyer, Batista. The Marvel Universe star is still raking in the bucks from Infinity War, and is making the rounds promoting his next venture on the big screen…Hotel Artemis: A fun new action crime thriller written and directed by Drew Pearce, and co-starring Jodie Foster, Sterling K. Brown, and Jeff Goldblum.

Now, WWE is getting in on the press when they had Ziggler sit-down with the cast and crew to talk about film ahead of its release this weekend. Watch the video below.