Ryback opens today’s show by discussing an event that took place during a Philippine Wrestling Revolution show recently. A performer lit himself on fire and attempted to jump onto his opponents on the outside of the ring, taking a serious risk and getting himself suspended in the process. Ryback doesn’t think there’s any room for this in the business, and assumes that this performer doesn’t accurately represent the rest of the performers in that promotion.

He goes on to say that in today’s business where bumps are getting bigger and bigger, this is the kind of thing that we might see more and more of in order to get a reaction from the audience, especially from uneducated performers on the indie scene. He’s glad that this guy’s opponents didn’t try to catch him when he jumped to the outside because it could have been a very dangerous situation. 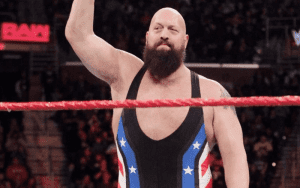 On Steve Austin’s podcast recently, Big Show mentioned that big men like himself and Braun Strowman don’t make good Champions. He said that the WWE Champion needs to be someone who can do it all; bump, feed, sell, etc., and bring people around them to another level.

Ryback thinks that’s an interesting opinion and he doesn’t know whether to agree or disagree with it. He understands where Big Show is coming from but he still thinks big men can be Champion, especially if the Championship run is booked differently. You can’t book a Rey Mysterio Championship run the same way as you book a Big Show Championship run.