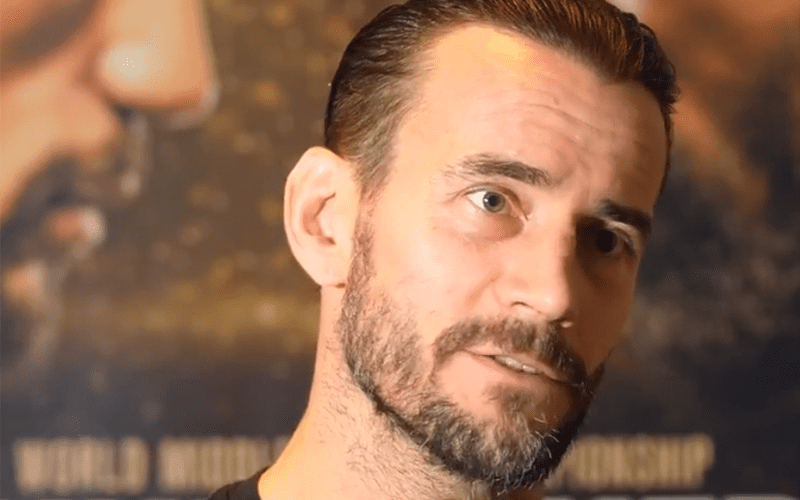 While speaking to John Morgan of MMAJunkie.com, former WWE Superstar CM Punk talked about his lawsuit against Dr. Amann and revealed if it was a destraction from his MMA training.

“A very broad answer, is it didn’t. I knew it was coming, and they delayed it as long as possible, because I think they knew (I had a fight scheduled). I think the general consensus is, ‘Wow, this is really going to mess with him.’ I’m a different breed, though. I was planning for it. and we worked around it, and all the hard work was done anyway, so easy-peasy. … It feels like more than a load off my shoulders. It still hasn’t sunk in, and it probably won’t for a while, but I’m happy it’s over.”

Punk also discussed his first fight against Mickey Gail and mentioned that he believes he was too chill.

“Reassessing everything now, being able to step back, I think I was too chill. I think I was too relaxed. I was just waiting for the super-anxiety and the nerves to kick in. It didn’t ever really happen. Obviously the first big, ‘Oh, (expletive)’ moment is, ‘He’s got my hips. Ay, ay, ay. I’m in trouble.’ I don’t know either way if that affected me, and I can’t say if that was good or bad. It’s something I’ve never done before, so I have that under my belt now. I do believe the experience of the one time, even though it was a loss, I think it’s going to help.”

Punk also had a message for his critics and said that he doesn’t give a f*ck if they watch the fight or not.

“I could give a f*ck if they watch or not. Don’t watch. If you bought the Kiss album that came out before they took their makeup off and they don’t like it, don’t buy the f*cking album where they take their makeup off. It’s a gimmick. Don’t watch. But you’re still going to go complain about it on Twitter. It’s none of my business what you think of me. I don’t care.”

I think people’s perception of me is that I have a huge (ego). I really don’t think I do. You called me a superstar and I don’t view myself through that lens at all. At all. I get it. I did some stuff. Whatever. But when it comes to all the stuff that maybe MMA fans think matter, being on the pay-per-view, being on the poster – I’m like, whatever. If I can fight earlier, I’d like to fight earlier because I try not to train at 9 o’clock at night, and I’d be showered and elbow deep in a pizza and a pint of ice cream before y’all get in the building. So why are y’all mad?”

You can listen to CM Punk’s remarks below.