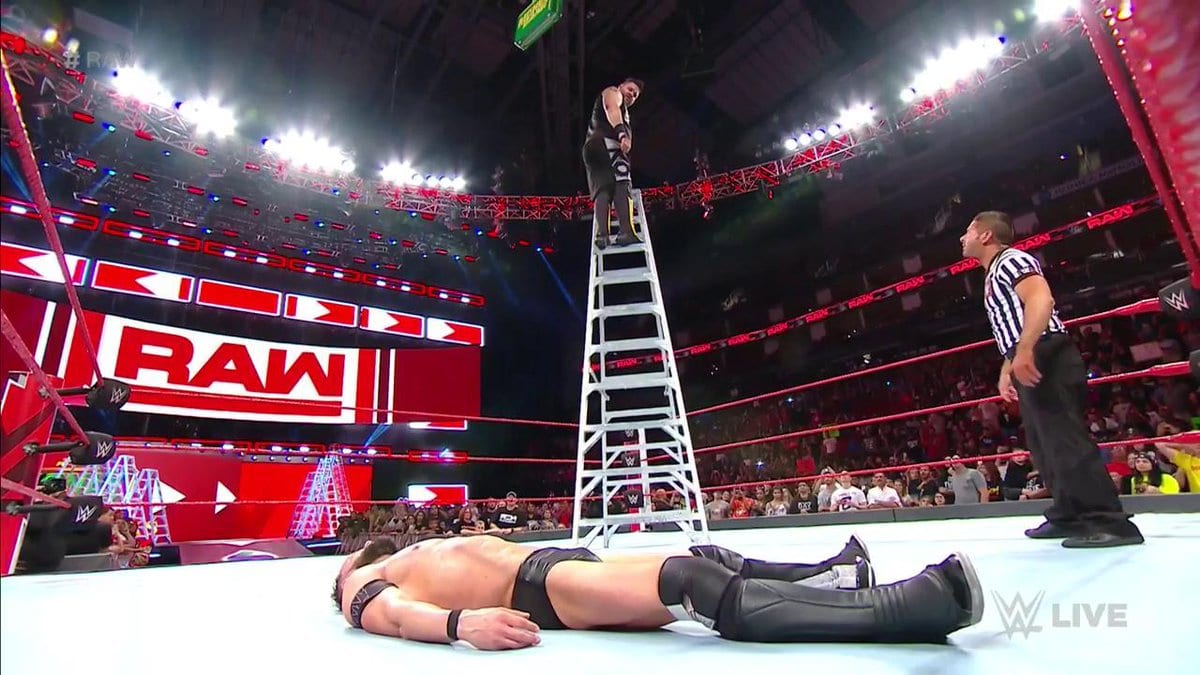 Kevin Owens and Finn Balor closed out Raw this week by giving it everything they had. But there was one spot during the match that could have given away WWE’s plans for the next pay-per-view in Chicago.

Owens climbed up a ladder and prepared for a splash on Balor but he looked scared of heights and went down a couple rungs. Then he went down a few more but this gave Finn Balor time to jump up and make his comeback.

“The new thing for Kevin is he’s a comedy guy that’s afraid of heights,” Dave Meltzer said on the latest installment of Wrestling Observer Radio.

“So clearly he’s winning,” Bryan Alvarez replied.  Meltzer replied. It was then noted that Vince McMahon could change his mind multiple times leading up to the big show and then have buyer’s remorse and change plans again because it’s happened before.

Whether KO is able to become Mr. Money In The Bank in a couple weeks it really looks like WWE is dropping hints in that direction.