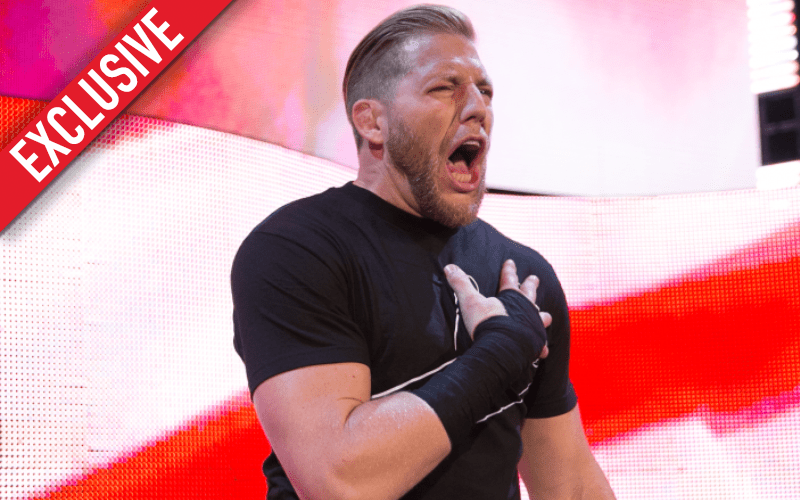 I got the chance to speak exclusively to Jake Hager (Jack Swagger) for Ringside News this past weekend. In the interview Swagger reveals that he’s going to work for both Lucha Underground & Bellator at the same time, if he’s interested in returning to WWE, winning the Money in the Bank Ladder Match and many other topics. Below are the highlights:

Which title meant the most to Swagger that he won during his time in WWE?:

“The ECW Title was really cool beating Matt Hardy for it. I had great feuds with Tommy Dreamer, Fit Finlay, and Christian. That was my first real taste with a title, it was really special. To hold the World Heavyweight Title with the list of men who’ve held it, it’s pretty special I’d have to put that above it. If you ask me, nothing beats working with Zeb Colter. I’d have to put working with him above the World Heavyweight Championship, he was that good.”

Swagger on what it felt like winning the Money In The Bank Ladder Match at WrestleMania 26:

“I thought I was on a 100-foot ladder, and I was like, “I am not going up one more step.” It was so cool, it was a very special moment. The guys in that match really worked hard to help me get over and make me look like I could be a winner because that can be more important than actually having the briefcase. The fans have to believe it in their eyes. It was the last WrestleMania Money In The Bank Ladder Match at WrestleMania. I get goosebumps just talking about it, it was very special, once again, thanks Christian.”

Swagger on being eliminated by Hall of Famer Kevin Nash in The Royal Rumble:

“Big Sexy, oh man I’m hard just thinking about it. I was always big Kevin Nash guy, a Big Daddy Cool fan growing up. There are certain moments you look back at your career like being eliminated by Nash in a Rumble, I’ve taken a Stone Cold Stunner at WrestleMania by Stone Cold in the middle of the ring. Those are the good moments. It’s those moments, you know, the kind of silly moments, I think those are the special moments.”

Swagger on his favorite & least favorite feuds in WWE:

“Well, my favorite feud was with Christian in ECW, otherwise he’ll get very angry with me. He was one of the first guys that I had worked with I didn’t know because he wasn’t with us in developmental and had just come back over from that other brand. We just clicked, we had this chemistry instantly. It was really cool to work with him especially being so young in my career. As far as my worst feud, Adam Rose and The Rose Buds. That whole month was just miserable.”

On if he preferred to be in a tag team with Ziggler, or with Cesaro:

“Me and Cesaro hands down! No offense to Zigg’s, love that guy to death, but I really fell in love with tag team wrestling there. I fell in love with setting up the heat, and building the hot tag. To watch him (Cesaro) work, I could see how his mind was working. He has such a great wrestling mind, to just be part of that in there in made everyone in that ring better.”

Swagger on if he had anything he didn’t accomplish during his time in WWE, and if he’d ever return to WWE:

“Oh yeah, tons of things. It’s hard for me to look back with any regret. Its a lot of lessons. Something I didn’t accomplish, that’s on me, I’m not bitter about it. I am very thankful for my career there and I believe I will be back.”

“I’m gonna do this MMA thing with Bellator and I’m gonna continue to do both. I think one hand helps the other, and its only going to make a bigger star and that’s what I’m trying to do.”

On where he will be wrestling while signed with Bellator:

“Jack Swagger, Jake Hager is going to be appearing on Lucha Underground in one to two weeks on The El Rey Network.”

Hager/swagger on when fans can expect to see him in Bellator:

“I am going to fight in Bellator in 2018! The soonest fight would be the fourth quarter. November, December is the time frame I’m looking at, I am going to continue to wrestle until then. Then I bunker down and start doing two-a-days. It’s in the contract that 45 days out from the fight that I cannot do any more wrestling shows.”