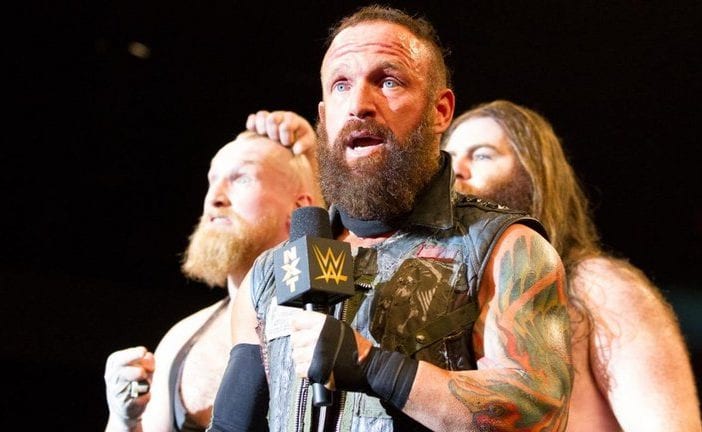 SAnitY recently made their SmackDown house show debut and was extremely well received. You can click here to check that out.

Bryan Alvarez mentioned on Wrestling Observer Live how SAnitY just debuted at the recent SmackDown house show and then briefly addressed something that could have been keeping Young, Dane, and Wolfe from the main roster.

“There have been some speculation it might have been a deal where they were having to get some trademark issues dealt with before they debut on SmackDown.”

WWE likes to be able to merchandise someone right from the begining of a run. It’s interesting how they’re just not getting around to a copyright issue if one exists for SAnitY, but the important part seem to be that they’re on their way.