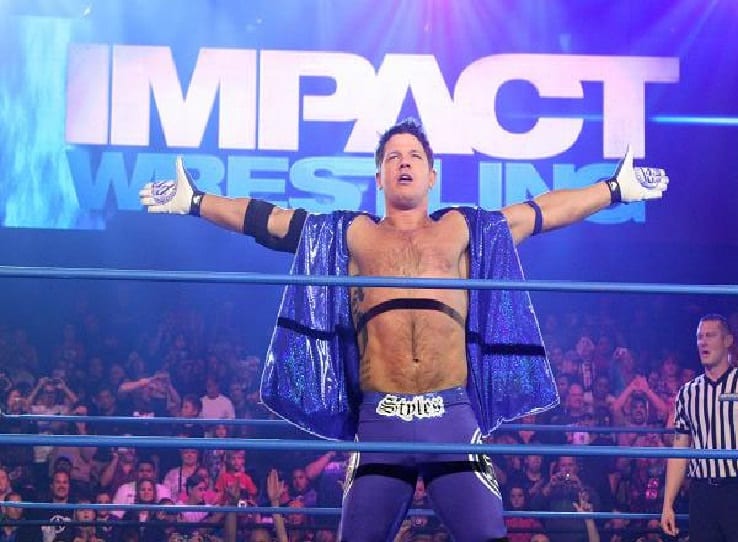 It’s hard to really tell what fans will be interested in which is why WWE sends out surveys to people in an attempt to get a pulse of what people want to see.

WWE sent out a fan survey to their Fan Council recently where they asked about new DVD sets and gauged opinions of each one. There were a lot of ideas included in the survey including spotlight projects and other compilations.

One very interesting title on the list was: “I Am Phenomenal: The AJ Styles Story.” The description for this proposed DVD set says it will follow AJ Styles from his beginnings on the independent scene to TNA to Japan to finally coming to WWE. This will very likely mean way more TNA footage will end up in a WWE presentation.

We’ve listed a few of the proposals along with a brief description for some of the more interesting ones below:

According to the survey, WWE is also considering other DVD sets and special edition releases including: The Best Of Roman Reigns ,History Of The ECW Championship, The Best Of WWE Superstars, The Best Of Andre The Giant, The Best Of Trish Stratus, The Greatest Moments & Matches Of Goldust, John Cena Match Compilation, The Best Of Dean Ambrose, Finn Balor – For Everyone, The Best Of NXT 2018, Sgt Slaughter, Shinsuke Nakamura: Rock Star, The Best Of Rowdy Piper, The Miz: A-List Superstar, The Very Best Of Braun Strowman.

It’s very interesting how WWE seems to be planning for the future which could give us a clue of what’s to come and give us an idea what they’ll be promoting as well seeing how major DVD releases are sometimes pushed on television.