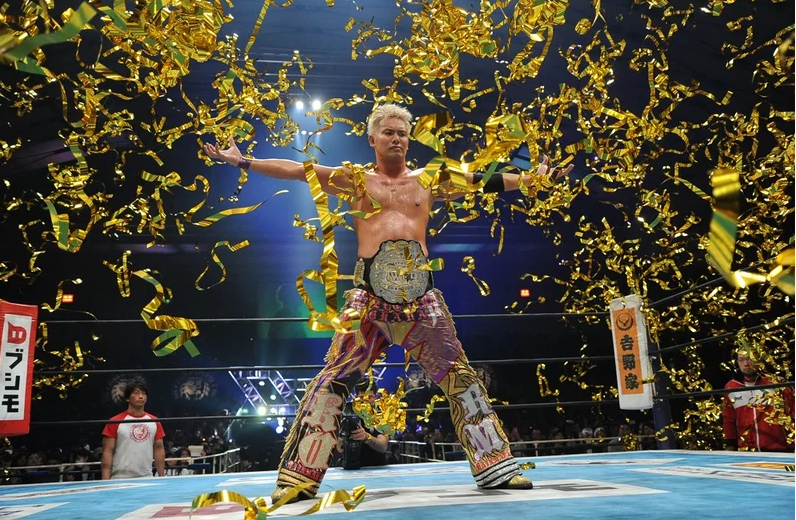 It’s hard to write any story about the Rainmaker Kazuchika Okada without introducing him as the most supreme being in all of wrestling. The man is a machine, and his current IWGP Heavyweight title run could easily be considered the greatest championship accomplishment in the history of the industry. (Certainly for the history of NJPW.)

But even the greatest of all time has his list of who he believes to be the best. When speaking with Sports Illustrated’s Extra Mustard, Okada spoke out about his next title defense at Dominion (next Saturday), and broke down his opponent for that night: Kenny Omega.

Kenny is tough, he’s strong, he’s awesome; I think all those things are pretty obvious. The thing with him is that with the power of NJPW World, he’s been able to get such a following worldwide. The whole world has their hopes pinned on him and that’s a definite X-factor.

Afterwards he was asked the million dollar question: who he considered to be the top three wrestlers in the world. (Excluding himself.)

Kenny, [Tetsuya] Naito, and [Will] Ospreay. Aside from myself, those three are what makes NJPW the best promotion in the world.