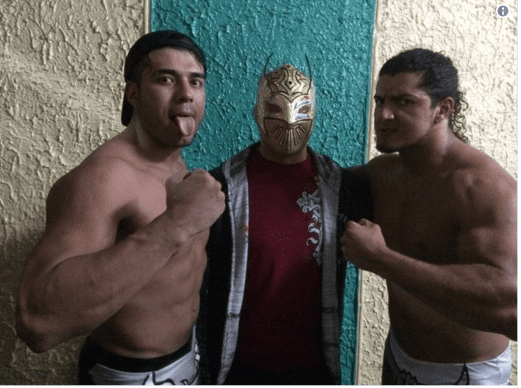 El Idolo has been a completely different person since joining forces with aces valet Zelina Vega. That’s not necessarily a bad thing since it was Zelina who led Andrade to becoming NXT Champion and played a vital part during his title defenses. Now on the main roster, Cien is looking to continue his warpath to the top of the card with Zelina in his corner, and he is not afraid to step all over his past to get there.

That’s what happened recently on SmackDown when Cien’s former friend Sin Cara came to congratulate his old comrade on his main roster call up. Zelina warned Sin Cara that Cien was not the same man he once knew, and Cien followed that up by threatening the Luchador and former NXT tag champion. Cara took to Twitter to air his grievances.

Remembering that day you lost your mask in an incredible battle against Atlantis. I was there to support you. Now you say you do not want my company anymore because of your great leap to fame 🎩✨. A true friend is in the good moments and more so in the bad… #ThrowbackThursday pic.twitter.com/1WRSr32aOD

Are you ready for some Lucha conflict Ringsiders?