Ryback opens today’s show by addressing a tweet from Kofi Kingston this past week. Kingston tagged Ryback in a photo, remembering the night Ryback put him through 3 tables a few years ago. Ryback says that segment went down exactly how it was planned that night. The crowd kept chanting “One more time!”, and if he knew where his career was going to go in the next year or so, he jokes that he probably would have just fed off the crowd and gave them what they wanted.

Ryback comments on the news that WWE’s co-branded PPVs will reportedly result in longer shows. Runtimes are now expected to be at least 4 hours in length, with major shows such as SummerSlam and WrestleMania running even longer than that. Ryback notes that Smackdown might actually move to 3 hours as well and while he likes that this gives more opportunity to the performers, the shows are going to be awfully long and it may be too much. 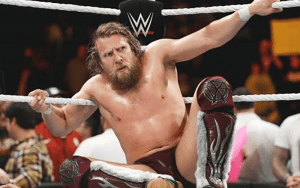 Daniel Bryan has been showing a bit more of an edge since returning from injury, and Ryback knows that Bryan has mentioned that he wanted to change his style a bit more since coming back. Bryan is always thinking of new ways to raise his intensity and to be entertaining for his fans, and that’s what makes him one the best in the world.

According to Dave Meltzer of the Wrestling Observer, former WWE Superstar, Neville is moving back to England. From what Ryback’s been told, Neville is done with professional wrestling. He notes that Neville is a very good human being who he wishes nothing but the best for. Neville can’t wrestle for a period of time anyways since he’s still under WWE contract, and Ryback doubts that WWE is paying him. Ryback thought Neville was used quite well towards the end of his WWE run, but the lifestyle was probably Neville’s main issue.