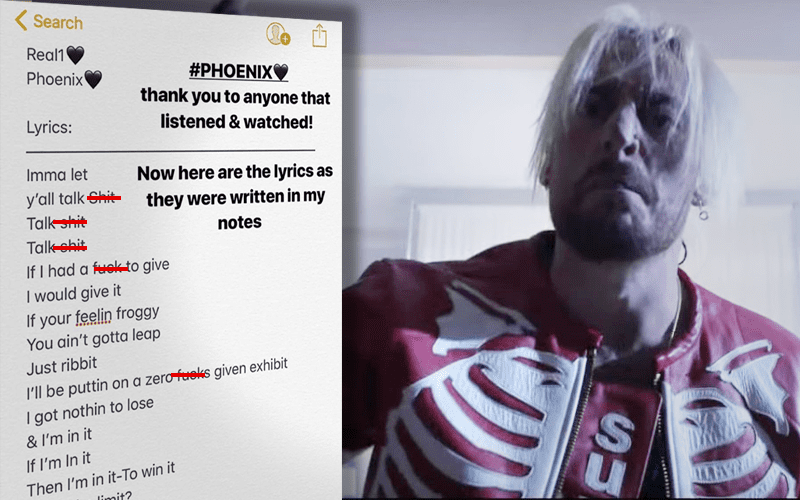 Enzo Amore’s diss track “Phoenix” dropped on Monday and it’s already gone viral. Real1 is enjoying himself as he gathered 4,000 people to Times Square so he could thank them.

With a new track probably on the way very soon Real1 decided to let fans in on a piece of his creative process. He offered up some pages from his notebook that contain his original lines for Phoenix along with some little notes as well.

It’s pretty cool to have these so we can read along while we listen because now we’ll know exactly what he’s saying. 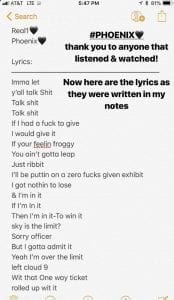 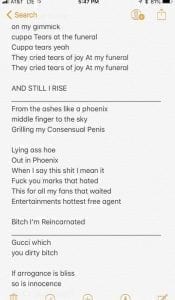 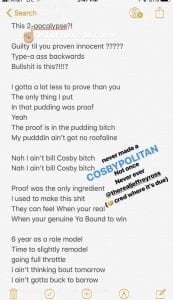 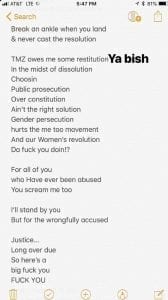 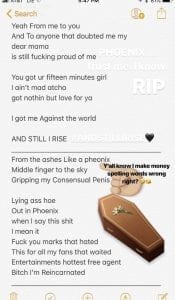