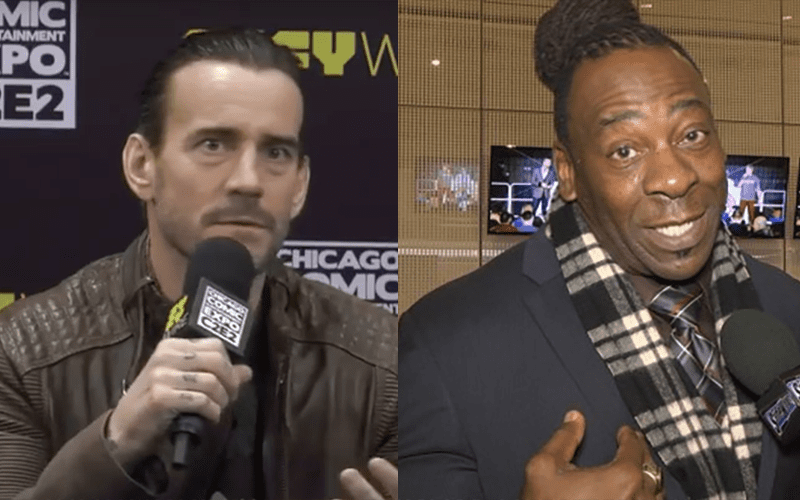 When he’s not at the commentary table, or giving props to Lana for her Spinaroonie on this week’s SmackDown Live, Booker T enjoys running down the wrestling business (as well as a variety of other topics) on his podcast Heated Conversations.

On his most recent episode, the former Five time Five Time FIVE TIME heavyweight champion analyzed CM Punk’s current situation going into his second professional UFC Fight, and commented on Punk’s potential to return to the world of pro wresting. He also predicts that the Chicago Savior will appear at the Young Bucks and Cody Rhodes self-financed show at the Sears Centre this September.

Punk is scheduled to appear in Illinois just one day prior to ALL-IN at the Pro Wrestling Tees store located off of Damen avenue.