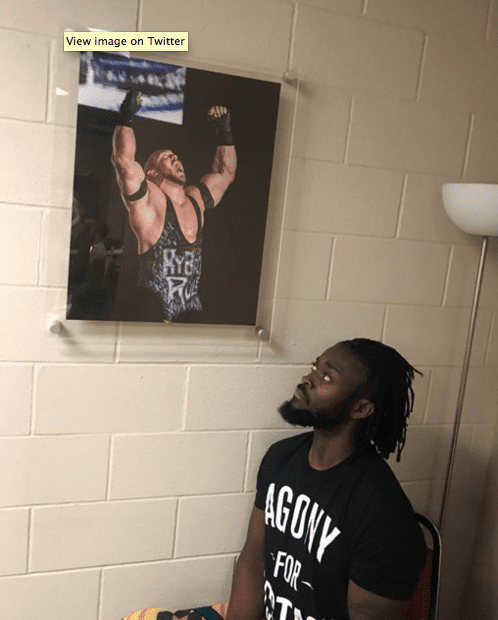 Kofi Kingston has had his fair number of injuries throughout his prestigious WWE career, however one still seemingly haunts him to this day. Kingston recently tweeted out a photo of him in Fayetteville for a SD Live house show calling out The Big Guy, Ryback, for injuring him during a table spot back in 2013.

5 years ago today in Edmonton… now today in Fayetteville, he still haunts me… @Ryback22 pic.twitter.com/eSU3ULI7rN

Kofi’s jab is clearly good fun, but Ryback took the opportunity to not only respond, but in so many words… apologize.

Looking back I was in a bad place and never should have acted that way. It was childish and abuse of power. Through the power of positivity and a new day I have moved on to building tables (for my townhouses) rather than putting good humans through them. https://t.co/Ty5QIjqMGs

Ryback’s history of injuring superstars are duly noted, especially by the Chicago Savior who outed him on Colt Cabana’s podcast. However, it’s nice to see that some wrestlers can forget the past, and rebuild the future.