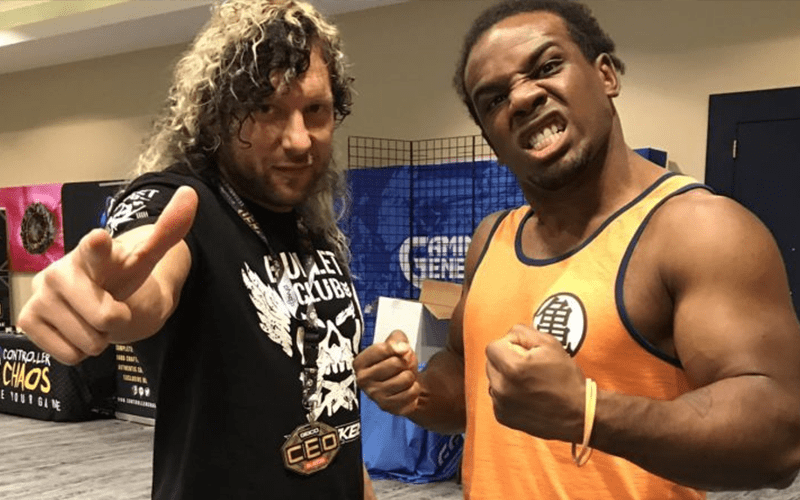 Kenny Omega is one of the biggest video game geeks in the pro-wrestling industry. The Cleaner actively partakes in numerous gaming events when he is not putting out 6-star matches in the squared circle.

Omega had the opportunity to play the role of Mayor Cody Travers in the upcoming instalment of the famous video-game franchise Street Fighter. A trailer for the game, featuring Omega, was released earlier today by the official Twitter handle of Street Fighter.

Omega said that he worked on this project in secrecy and is proud of this achievement.

A little something I worked on in secrecy. A proud moment to assume the role of my favorite SF fighter! Thanks to @CapcomFighters and all of the kind staff I met on set. You were all great. (Well, I never met the guy on the phone but I’m sure you’re swell) https://t.co/InqpbHWOJR

Shortly after the trailer dropped, Xavier Woods, Omega’s “gaming rival” also took to Twitter to react to this trailer. Woods hinted that he was the mysterious voice in the trailer who was taunting Omega’s character.

I wonder who would be taunting Mayor Cody like that??? https://t.co/pL9PmkjWch

Guy on the phone sounds handsome and jacked

Omega replied saying that the guy on the phone seemed like a nice person, which is more than he could say for Woods.

Never met the guy but by all accounts I’ve heard he was a great dude. Considerably more than what I can say for you, Creed! pic.twitter.com/IpvriFguYE

Xavier Woods’ voice is easily recognizable at the beginning of the trailer. It is indeed a cool moment to see these two good friends, who participate in two different promotions, come together for something like this.