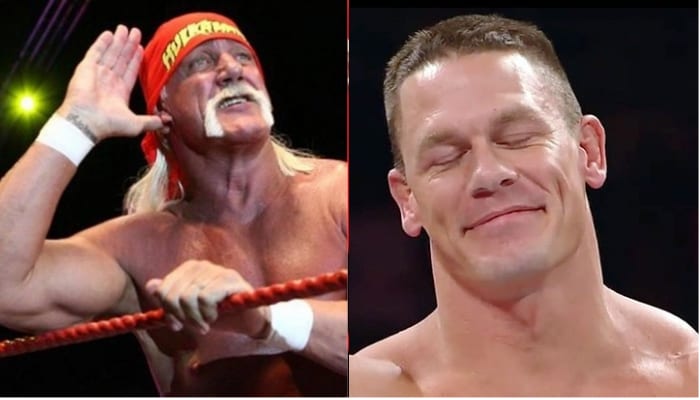 John jumped straight to work and showed him veteran ability as he went straight into a full-on Hulk Hogan impression saying:

“Well let me tell you something brother, when Florida falls into the bay and the waters consume the maniacs they hop on the shoulders and I can swim us with a backstroke to safety. So whatcha gonna do?”

After that, Cena did a bunch of Hogan poses and the crowd ate it up. But he wouldn’t normally do an impression like that unless he had to.

It should be noted that John Cena jumped into this impression to avoid a difficult question because Hulk Hogan and WWE are still not associating with each other at all. You can see it all go down at around the 8:50 mark in the video below.