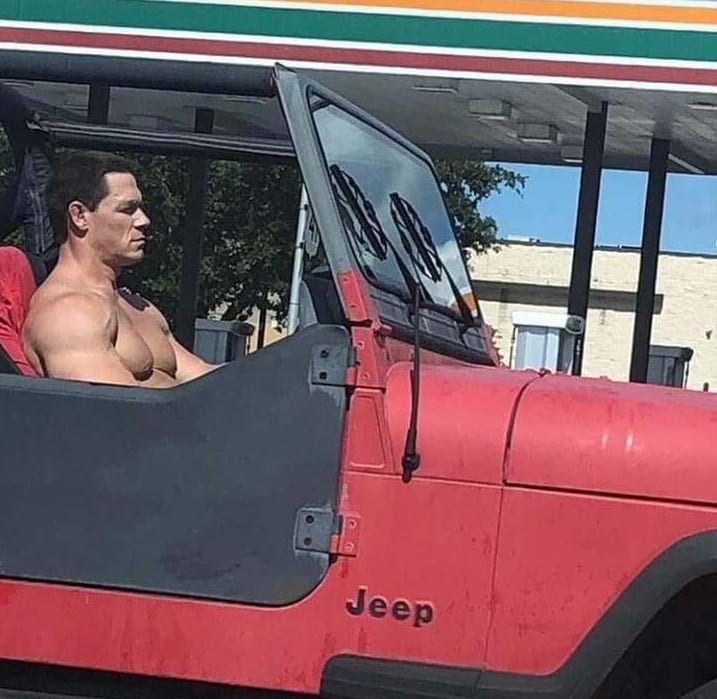 John Cena is apparently still single even though rumors might be flying saying he’s already back together with Nikki Bella. Either way, he’s still living his life as Super Cena and he was apparently spotted on this week cruising around Tampa looking very comfortable.

Judging by the picture someone allegedly captured of John Cena on Thursday you can see he was enjoying another beautiful day in Tampa. He also took this opportunity to catch a tan even while driving around in his Jeep. This might not be the kind of car you’d expect Cena to be driving but if he were driving a Jeep, I can imagine he’d be making this face.

While looking like a Terminator on some kind of mission he was very focused on the road, that’s for sure. Thankfully someone was able to focus their camera on him so we could get this awesome candid photo too. 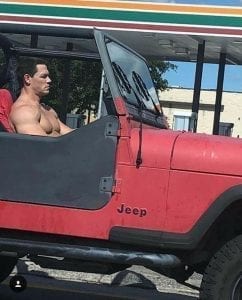