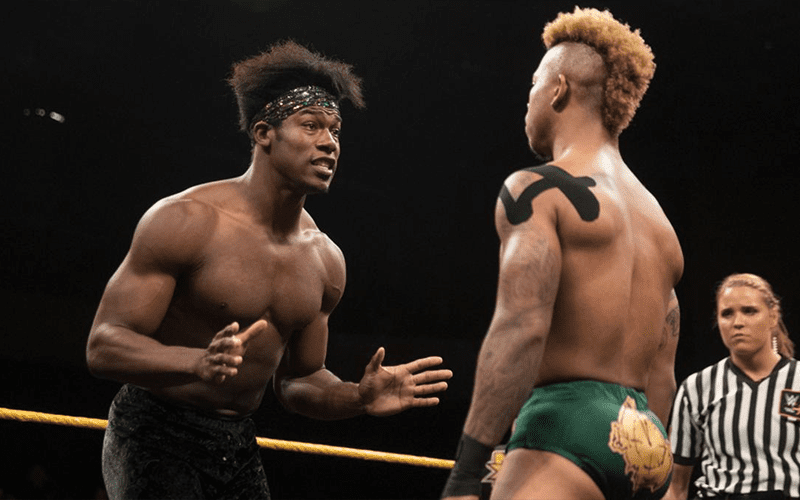 The history between NXT Superstars Lio Rush and Velveteen Dream goes beyond NXT. The two young Superstars are real-life friends who trained and tagged together at Maryland Championship Wrestling,

Both these Superstars are under the age of 25 and already making huge strides all around the world. In a recent interview with ESPN, Rush revealed his thoughts about his good friend, Velveteen Dream.

Rush said that Dream has the potential to be one of the best in the world. He revealed that Dream has always been the person who gets everybody’s attention as soon as he walks in the room.

He’s always had the drive to be one of the best in the world. He has a work ethic like no other. Strong mindset. He’s dedicated to his craft and he believes in the things that he says, and I think that is a huge, key factor in anyone’s success. [Velveteen] has always been that guy that is looked at as soon as he walks in a room. He has the charisma. He has the personality. Just that fire in his eyes that you don’t see from a 22-year-old.

Do you agree with Rush’s thoughts about Velveteen Dream? Sound off in the comments below…