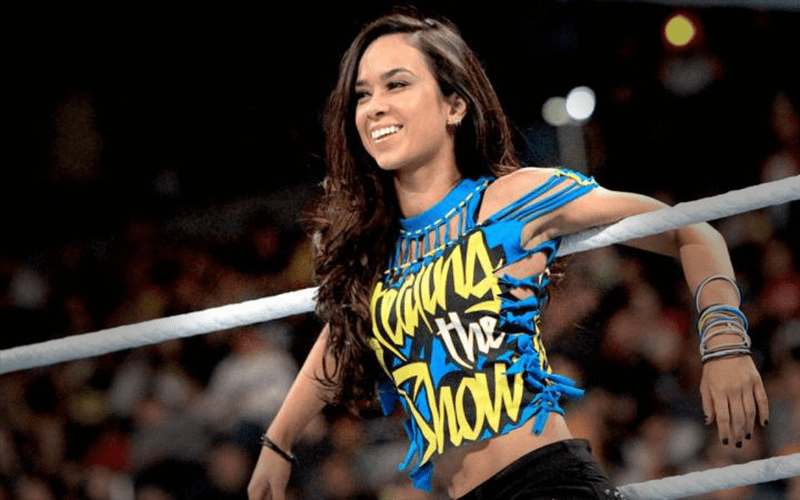 During the latest installment of PWInsider Elite Audio, Mike Johnson Was asked about the possibilities of WWE bringing back AJ Lee when WWE moves SmackDown Live to FOX next year.

Johnson explained that WWE never plans storylines that far out in advanced and mentioned that when AJ Lee quit the business before it had nothing to do with the CM Punk issue but more so an injury.

“They aren’t going to plan that far out in advance. It’s just not how this business works. AJ Lee mentioned in her book that she chose to get out of the ring due to physical issues. It was not an issue with CM Punk and WWE although she probably felt like the child in the middle of a divorce at that point. She was already planning the next stage of her life, beyond professional wrestling. I don’t see her ever coming back.”