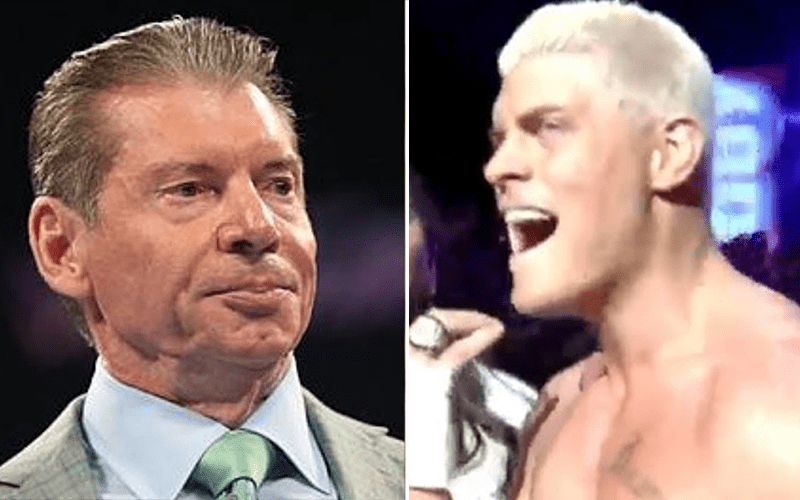 Cody Rhodes left WWE when he was tired of being Stardust and it didn’t take him long before Cody was lighting up the indie wrestling scene. Now Rhodes is at the top of his career, even if he can’t use his last name anymore.

Bryan Alvarez mentioned on Wrestling Observer Live that WWE is concerned about one aspect of the All In show but it doesn’t have much to do with the actual show in September.

“They are at a point where they don’t have to fire anybody. And if you look at the situation with All In, the concern is not so much if they fire — let me throw out a random name that’s not being used much, Mike Bennett — I’m not saying they should fire Mike Bennett, I’m just saying him because that’s who everyone emails me about.”

“I mean if they fire him I don’t think they’re gravely concerned that he would get booked for All In and they would sell a bunch of tickets. I think the big concern is one of the 3 guys who is arranging All In is Cody Rhodes who ended up leaving the company and he is a way bigger star than he ever was in WWE.”

Therefore, WWE isn’t really worried about the All In event, but they might have some concern that they could let someone go who could wind up being extremely valuable to someone else or on their own.

If you us our quotes credit Ringside News