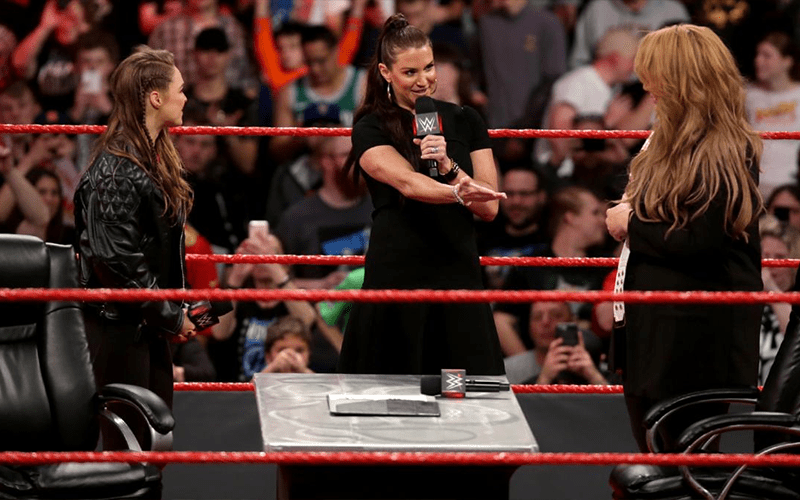 Stephanie McMahon insisted on presiding over the contract signing for Nia Jax and Ronda Rousey’s upcoming Raw Women’s Title Match. Kurt Angle was going to actually do it but McMahon took the gig.

Brad Shepard revealed on Backstage In WWE why McMahon was picked to host this contract signing on Raw.

“But they needed her on the segment especially with the Ronda and Nia thing because the promos and contract signing would have been terrible without her. So it was smart in that regard.”

Love her or hate her, Stephanie McMahon knows how to talk and drive home a segment. She should be good at it after all of these years. On the other hand, Nia Jax and Ronda Rousey really don’t have the polished skills to hold down a segment like that on their own. So it’s a good thing Stephanie McMahon was around.