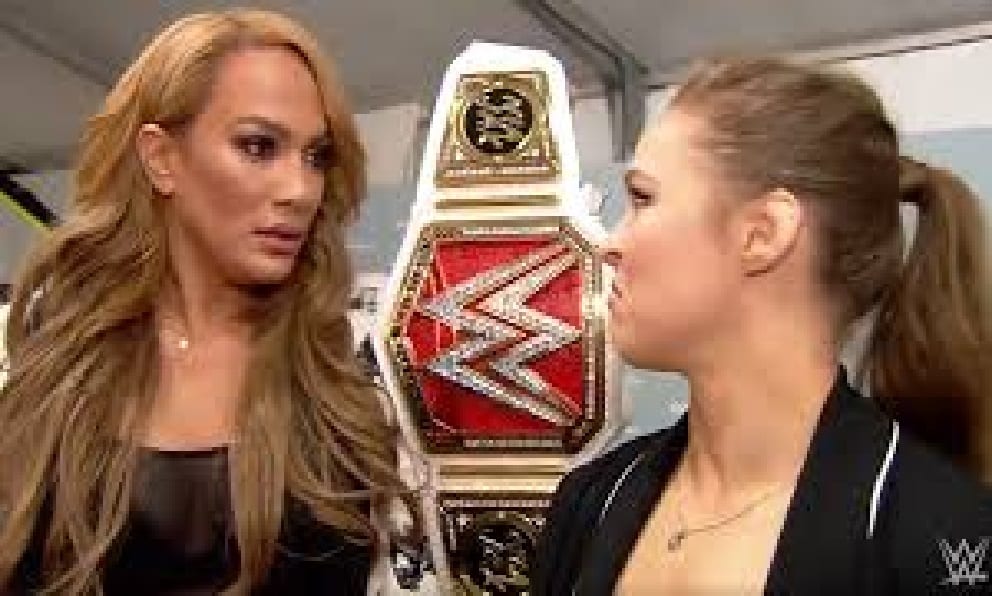 Ronda Rousey vs Nia Jax is a match that came out of nowhere but it’s happening at Money In The Bank. Now all we can really do is sit back and see how WWE books their way out of this corner.

Brad Shepard discussed the upcoming Raw Women’s Title match on Backstage In WWE where he gave us a clue about what we could be expecting out of this match even though WWE wasted a huge chance to a much bigger match later on.

“I’ve said from the beginning that this is the second-best contender for Ronda, the second best big match contender. They picked the wrong motive, the wrong time, blah blah blah to do this match. But this could have been a big scale match instead it’s a giveaway nothing and it will probably be some schmoz.”

“It depends on the direction they go if Nattie wins the Money In The Bank and Ronda wins the title then you’ve got the friends, one friend going for the title. It depends on how they’ll go. I think it’s too early for Ronda to win the title though.”

Only time will tell how WWE decides to book this match, but let’s hope they have some long-term goal in mind.