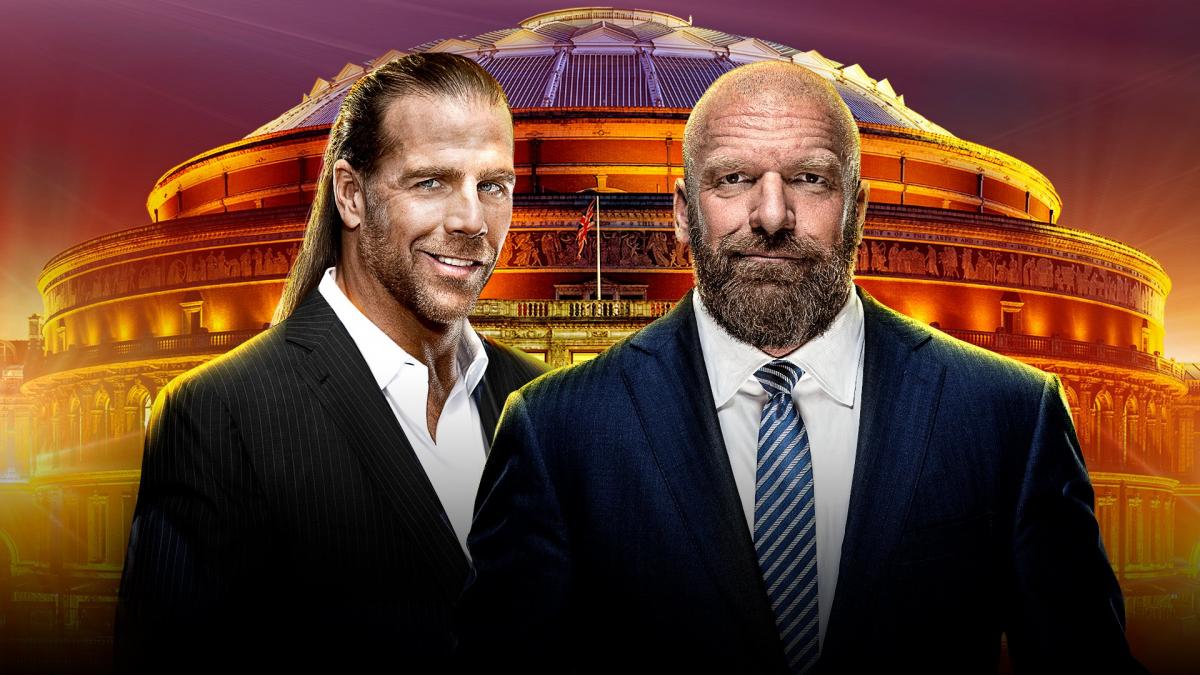 With the King Albert Hall shows coming closer it looks like the WWE United Kingdom Championship Tournament is going to be a couple of loaded shows. Now these shows are going to be even bigger because Shawn Michaels is now booked for the show.

HBK is pictured alongside Triple H in the advertisement also featuring some of the top guys who will be appearing on the show.  But of course, since Michaels and Triple H are in suits this means the DX members likely won’t be taking any bumps. But it’s still great to have Shawn Michaels around.

The upcoming WWE United Kingdom Championship Tournament will air on June 18th and 19th on the WWE Network.