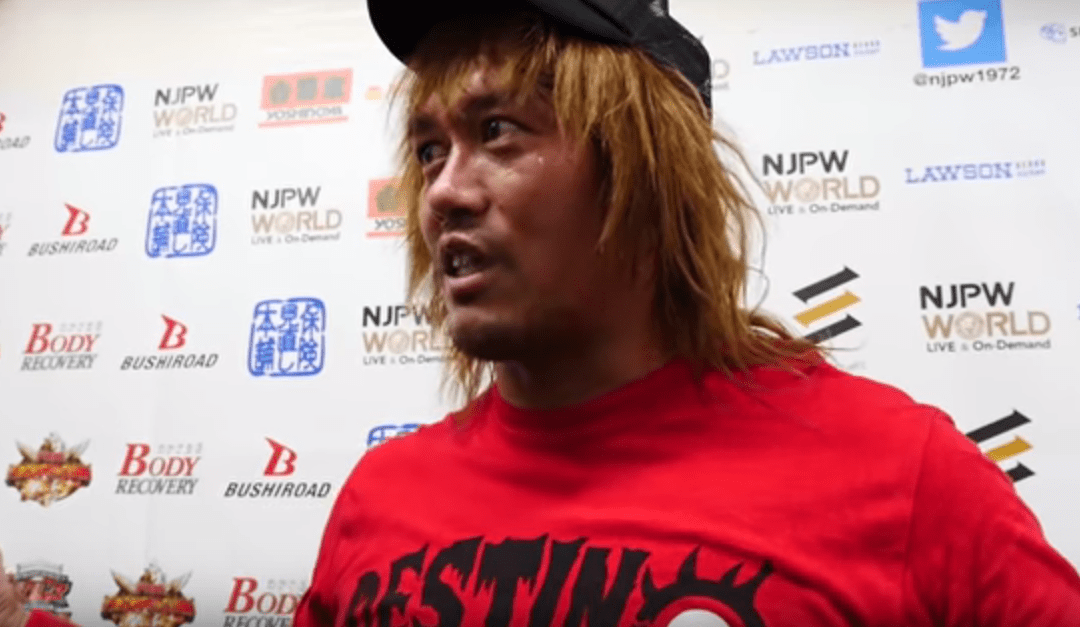 The current IWGP I.C. Champ has been a little busy as of late, but it didn’t take him long to respond to Y2J’s intense expletive-filled promo calling out the master of the Destino. If you haven’t watched it, Jericho compares Naito to a turtle and threatens to not only $%^& him up, but that he’s going to take away his prestigious championship strap. Naito responded as thoroughly as he could.

I get that it’s important to promote Dominion. But, shouldn’t we focus on the Juniors, the ones sacrificing themselves in that ring? I get that Chris Jericho needs attention, but I’m not sure what New Japan’s thinking…But I did get some satisfaction from his message today…I’m glad to know he has some interest in the IWGP Intercontinental Championship. He attacked me on January 5th, the day after I just lost to Okada…He jumped me after I failed to take the IWGP Heavyweight Title…He came for me. Not for revenge on Kenny, or for Okada’s title. He came for me. I guess to him, I shine the brightest. So, I thought, if he just wants me, what’s the point of having a title match? But now he mentioned the Intercontinental Title, that makes it worthwhile, after all. If wouldn’t be worth it if he didn’t want it.