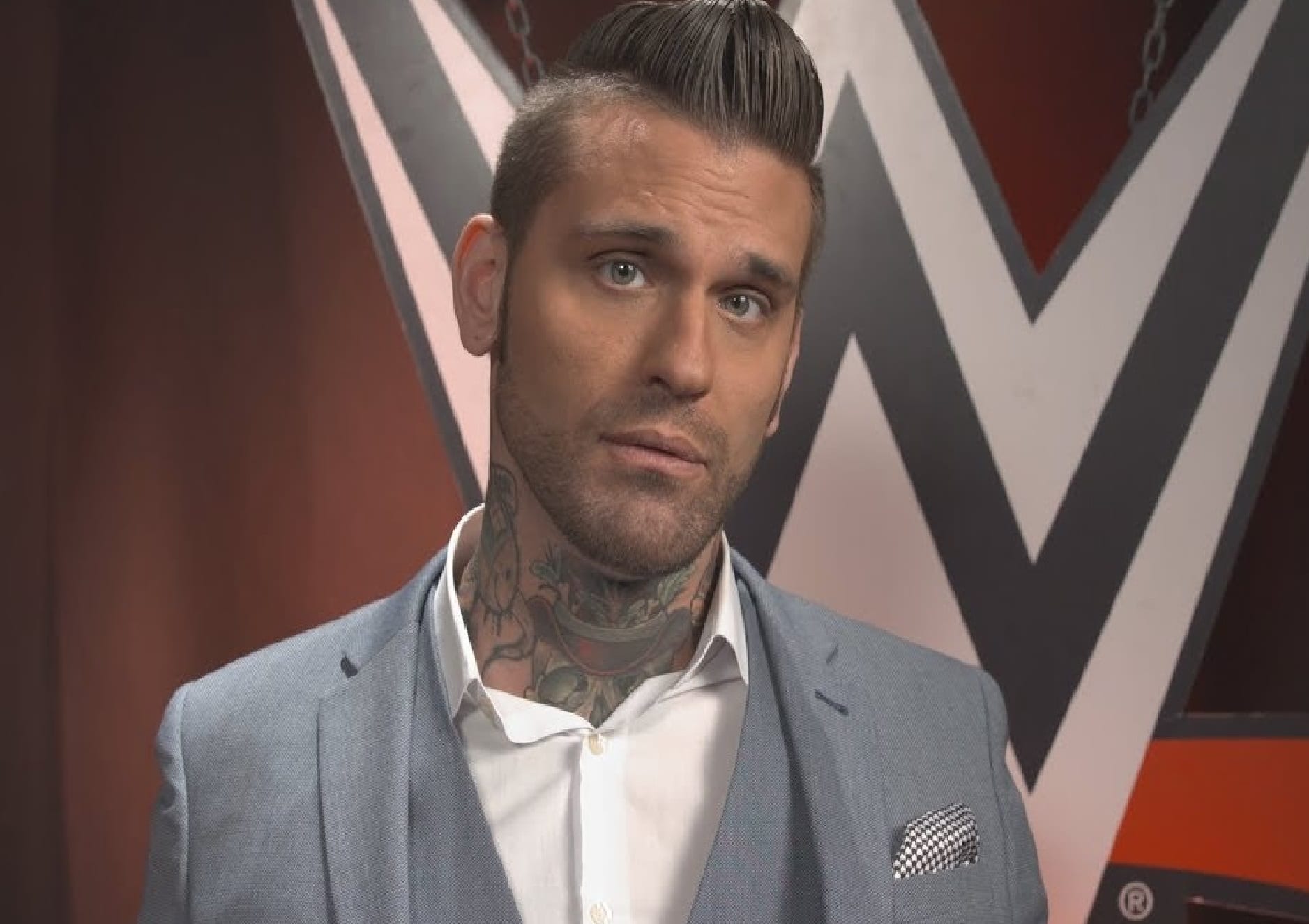 Apparently, Big E tossed his coat at Graves which caused a pencil to fly into the announcer’s palm. Corey Graves showed off his stigmata-esk wound after the event and he didn’t sound too happy about it either.

True, you’re fair game when you’re at Ringside but Graves obviously didn’t think a jacket could do so much damage. But it’s okay because Graves got even at Big E by posting the 3rd image in his slide show of Big E in a rather compromising position.

Last night during #SDLive, I suffered a debilitating injury, as a ring jacket was thrown at me, causing the point of my trusty pencil to be lodged in my palm. I powered through the broadcast, but the culprit MUST be brought to justice. The culprit, is none other than New Day member @wwebige ~ 🤣😂🤣