Ryback opens today’s show by speaking about ALL IN, and how quickly the event sold out. He mentions that he was texting with Cody Rhodes a couple of days ago, and he thinks it’s phenomenal that they were able to sell out that 10,000-seat building so quickly. He notes that this was a big victory for Rhodes, The Young Bucks, and professional wrestling as a whole, but it also makes him question whether they could have sold out a bigger arena.

Ryback informs that he was invited to appear at Starrcast but he respectfully declined. He notes that he would have preferred to wrestle at ALL IN instead of doing meet-and-greets at Starrcast. Nonetheless, he hopes both events are a tremendous success. He adds that this was not an easy undertaking but Cody has always had a great mind for the business. 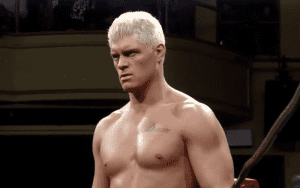 Ryback comments on the news that WWE recently signed a new television deal, with Smackdown set to move to FOX on Friday nights in a massive $1 Billion deal over 5 years. He says that this is obviously a crazy amount of money. He stopped trading WWE stocks many years ago but he wishes he wouldn’t have now because he would have made some serious money with the recent jump in WWE’s stock price.

He sends congratulations to WWE for this massive deal, and he notes that there are rumours circulating that Smackdown Live will switch to a 3-hour broadcast as well. He doesn’t think that’s the worst idea because it allows more talents to get air time, and with DVR fans can now just fast forward through the show anyways, allowing them to skip the things that they’re not interested in.