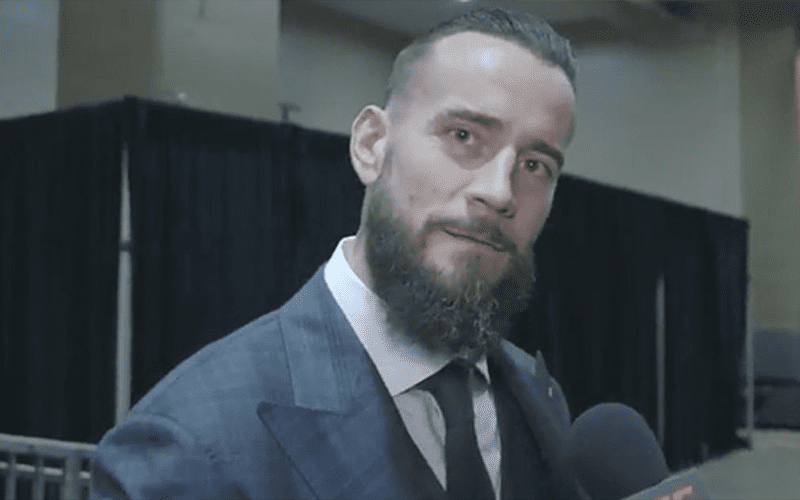 The Young Bucks and Cody Rhodes’ All In event sold out in less than 30 minutes leaving plenty of people happy for them and frustrated that they couldn’t get tickets.

But it turns out there was another big deal going on during the All In press conference, it was just happening backstage.

Apparently, CM Punk was actually backstage during the All In press conference. He was previously announced for a meet and greet the day before All In at Pro Wrestling Tee’s Chicago brick and mortar store making a lot of fans wonder just how All In Punk actually is after playing coy for so long about the idea of doing the show let alone wrestling again.

“If you got your tickets at face value for this event, I’m just saying it literally might be the best in the world,” Sterger told the show. “I will only say someone wearing sweatpants and training for something walked into the back of the building that the press conference was in — with marks, mind you, lining the entire sidewalks in the front of the building — and I just kept thinking ‘if they knew you were back here, they would literally tear down the front of the store.’”

CM Punk was said to just be there to pick up t-shirts from Pro Wrestling Tees but nobody would confirm or deny if he is slated to appear at the All In event.