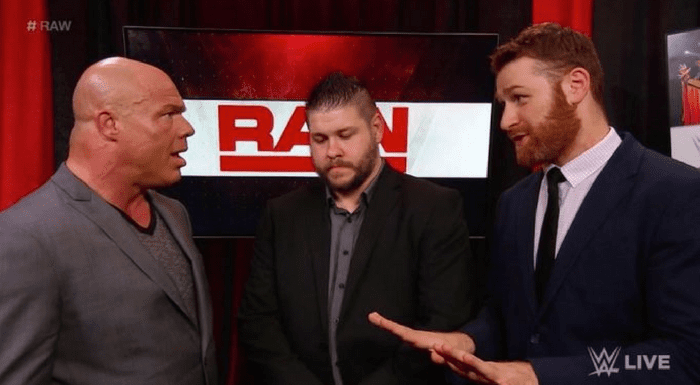 It appears that WWE talents are allowed to name drop “TNA” and “ROH” on television during their promos but some just choose not to.

While speaking with Sky Sports, Samoa Joe briefly spoke about name dropping other promotions and indicated that talents are allowed to do so. Joe also explains why he chooses not to mention other promotions during his segments on television.

“We can, we can totally say the name, I chose not to. Because they’re saying ‘Oh, you can’t say the name’.[Fans] No, I don’t because I know at home you’re going to get on your message board and you’re gonna be like, ‘He didn’t say it! He didn’t say it! Just say it for me!’ and I’m not saying it because you’re reacting that way. You’re a grown human being, it’s ridiculous.”

“You know! You already have the information, you just want me to say it again? It’s just so redundant. It’s a waste of air time.”