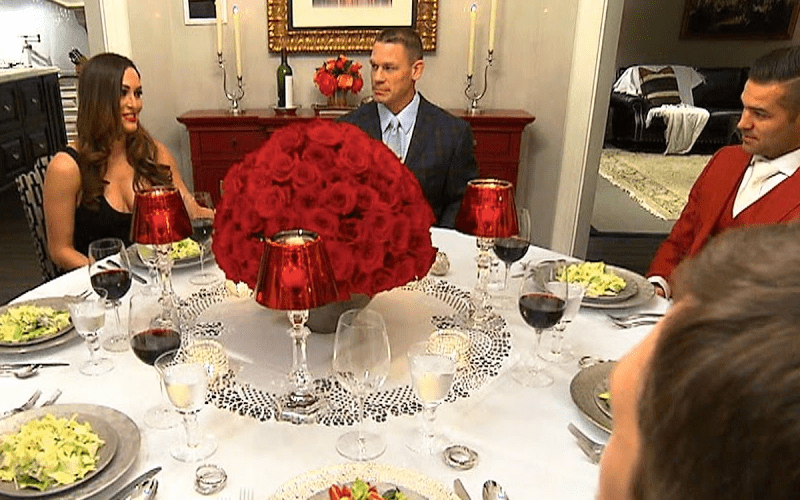 Every week the cast would gather around a big table in formal dress, they weren’t allowed to wear shoes in the house, and there were other rules about Brie Bella and Daniel Bryan’s dogs.

But it looks like Cena had a change of heart because he announced during the formal dinner during the season three premiere that this season there would be no house rules. He admitted that the reason he wanted a family formal dinner was that his own family couldn’t do something like that. But it looks like he’s loosening the reins on the idea of running the house with his OCD.

This is rather shocking but the Total Bellas cast was delighted with the news which caused them to cheers the moment with their drink of choice. Even when there was a little spill, Cena seemed to be totally okay with it.

This is what happens when no one can see you… 👀 #TotalBellas pic.twitter.com/LpAPfztD48