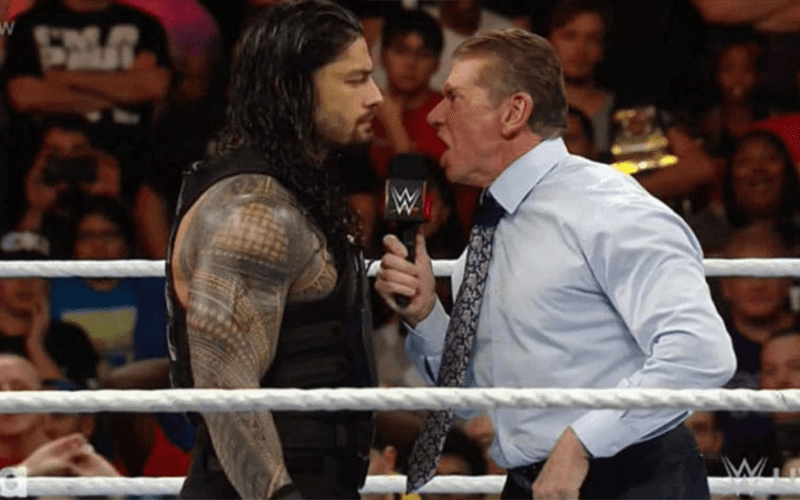 The Big Dog Roman Reigns has earned the top spot in the biggest sports entertainment company in the world. Therefore, for the better part of his career, he works directly under the boss himself, Vince McMahon.

In a recent interview with the Express, Reigns spoke about his relationship with McMahon. Reigns said that the boss has never done him wrong in his career.

He revealed that McMahons all possess the ability to build personal and lasting relationships with their talents which is of utmost importance. He also said that he is grateful towards Vince for the success he has tasted so far in the business.

All the McMahons are great people and if you know them you get to talk to them on that level. It’s very easy to see them, they’re very personal and that’s key – you have to build a relationship. It’s not just with the McMahons, it’s everybody. It’s just about getting to know people and a lot of people getting to know you.

I can’t say Vince has ever done me wrong. Regardless of all the fantasy bookers out there, at the end of the day life’s been pretty good for me in the wrestling business so I have to attribute a lot of that to the relationship that I do have with Vince and the way that he has always taken care of me. He takes care of all of us.

To have that responsibility and that role is not easy – to be a provider and a protector and that’s what he is. I think along with everybody else, I can say that we are all very grateful.

What do you think about Reigns’ comments on Vince McMahon? Sound off in the comments below…