Ross opens today’s show by discussing the rumours that Hulk Hogan may be returning to WWE. Ross says he can’t excuse the terrible words Hogan used in the past, but he believes in forgiveness. Ross thinks Hogan knows he did wrong and is remorseful, and he believes Hogan should return to WWE. Hogan’s image and skill can help WWE and the wrestling business as a whole.

Ross thought Kevin Owens and Seth Rollins had a great opening match on RAW this past week. He likes both of those talents a lot and he thinks they’re both very close to taking the next step in their careers. He thinks they’re both more than capable of making that jump to next level very soon. 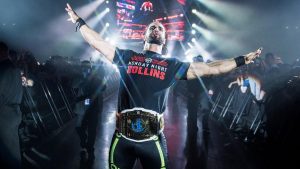 He liked the tease of Braun Strowman versus Drew McIntyre in the main event, and he thinks that big matchup will occur at some point in the future. He still thinks Strowman will be the top guy in WWE in the near future, but he wouldn’t make that happen until WrestleMania next year.

He thought the Women’s division had a great night on RAW, and he’s particularly interested in the announced Title match between Nia Jax and Ronda Rousey. He thinks those two women will have a surprisingly positive match, and he doesn’t have any issues with them not being on every show leading up to Money in the Bank.