Ryback opens today’s show by speaking about last week’s Backlash event. He thought the PPV was simply put in a bad position. From a marketing standpoint, there wasn’t a lot of time to promote it and it was hard to follow both WrestleMania and the Greatest Royal Rumble.

Seth Rollins and The Miz opened the show with a great match, and Ryback notes that Miz is an all around, extremely solid, great performer. Miz is so consistent and has continued to improve as time has gone on. He recalls the company’s critique of Miz early on was that he wasn’t very believable in the ring, but he’s tightened up his work and has been with the company for an awfully long time now. Ryback adds that this type of career often ends with a Hall of Fame induction. 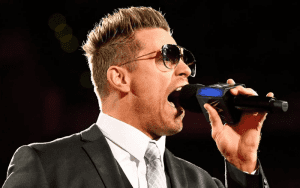 Ryback thinks WWE has something pretty cool with Elias. He points out that you don’t have to wrestle all of the time; you can get yourself over through entertaining segments such as the one we saw on Backlash. If Elias can continue to merge the character from these segments with the character who wrestles matches he’ll be on his way to becoming a huge star.

Ryback says he didn’t really have any issue with the Nakamura/Styles finish because they’re still building to something. He notes that this was a fine way to continue the program and he thinks wrestling fans just need to have more patience from time to time. This finish was heavily criticized online, but he notes that those wrestling fans will always find something to complain about.