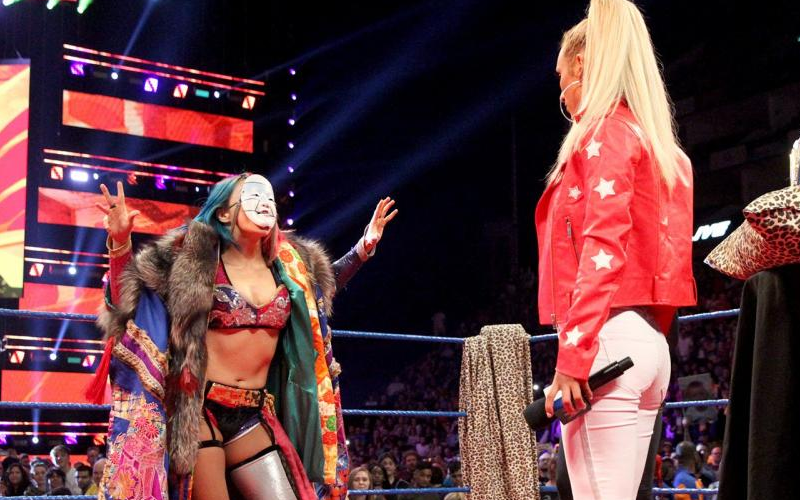 As seen on SmackDown Live this week, Paige announced that Carmella would be defending her SmackDown Women’s Championship against Asuka at the upcoming WWE Money in the Bank event.

Bryan Alvarez was asked on today’s installment of Wrestling Observer Live if he believes that WWE is having Carmella drop the title to Asuka before the company tours overseas in Japan because Asuka is more over in Japan than Carmella is. Alvarez responded by pointed out that Carmella has a lot of charisma and is hot right now but doesn’t see her defeating Asuka.

“Carmella is so hot and has a ton of charisma but she sucks in the ring. I can’t fathom her beating Asuka.”