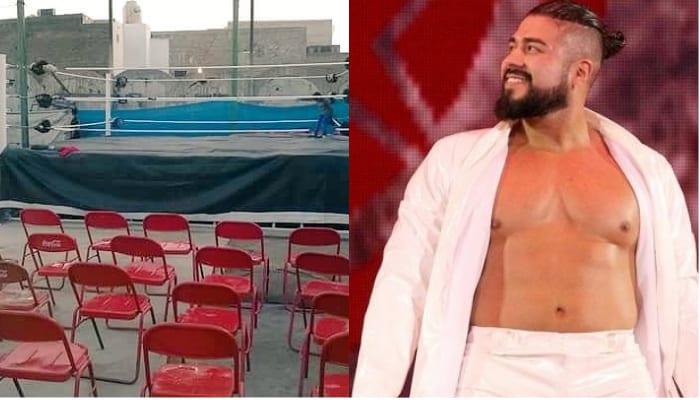 Andrade “Cien” Almas finally made his WWE main roster debut on SmackDown Live in London’s O2 Arena. He might have just squashed an enhancement talent called Jake Constantino, but it meant so much more to Almas.

After his debut, he took a moment to reflect on where he came from and sent out an excellent message summing up his journey so far.

Almas had his eyes set on being a pro wrestler since he was 14-years-old and it looks like he finally arrived. Let’s hope WWE knows how to treat this unique Superstar because he and Zelina Vega have a lot to offer.

I always had big dreams as a child. here in this place start as wrestler 14 years https://t.co/1q3i75JmzE belong to the most recognized company worldwide. Think, fight, prepare and go for each one of your dreams. pic.twitter.com/k4Im6eRQCS