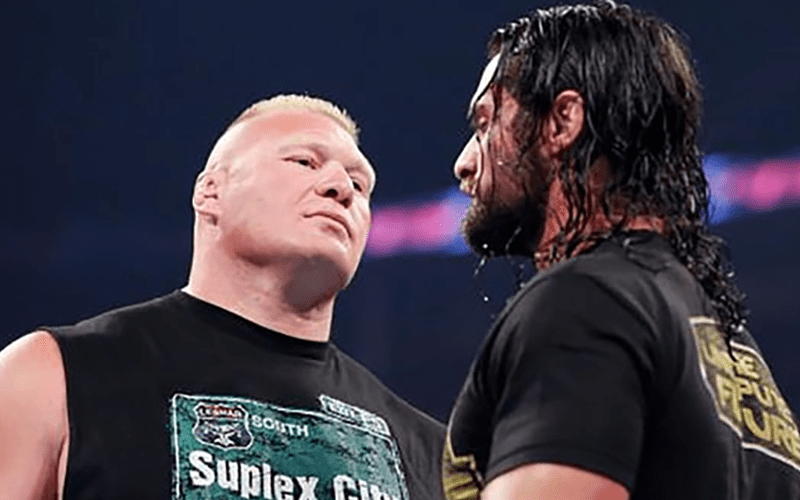 Mike Johnson speculated on today’s installment of PWInsider Elite Audio that Seth Rollins may be the next challenger for Brock Lesnar’s WWE Universal Championship title.

“I’ve noticed lately on social media he’s been doing ‘#BrockWho’, so it would appear that Dave Scherer in predicting that Seth Rollins against Brock is the match to look at. He might be right.”

It remains to be seen what’s next for Lesnar, as he’s not scheduled for the upcoming Money in the Bank event and he still isn’t confirmed for the Extreme Rules event. If we hear anything else regarding Lesnar’s next challenger, we will keep you updated.