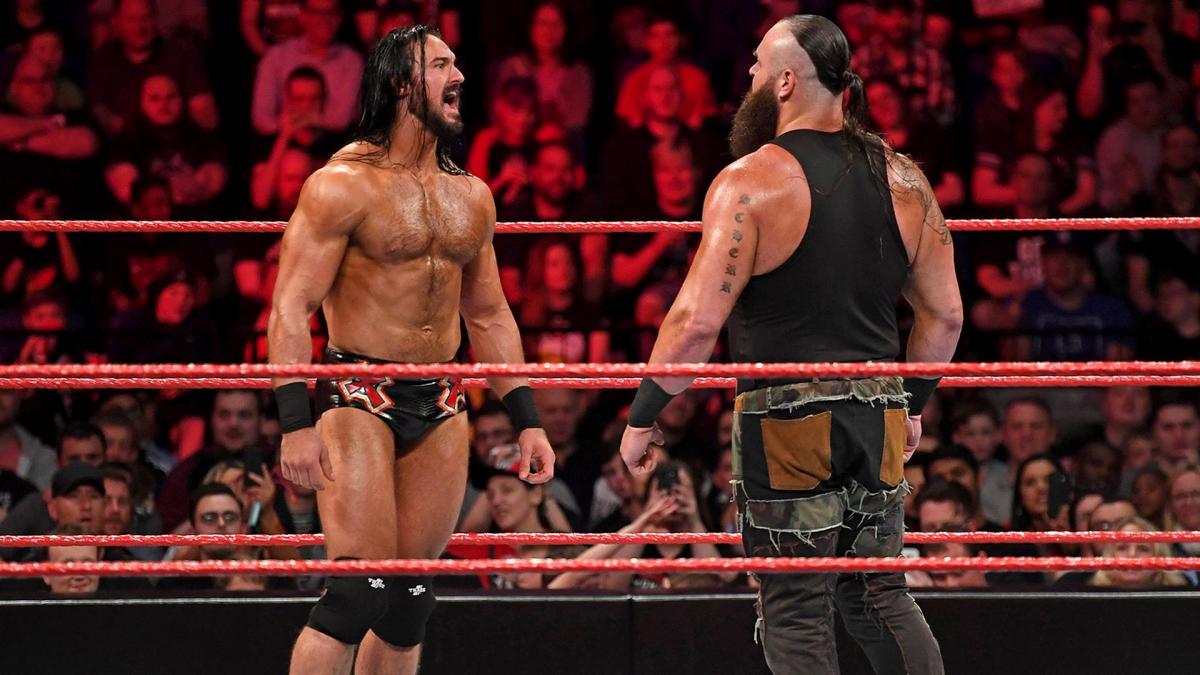 During Raw this week, Drew McIntyre was hit with a massive running tackle from Strowman in a typical steamrolling spot that he and Kevin Owens have made famous at this point. But instead, Drew McIntyre went flying back crashing into the Greatest Royal Rumble trophy in the process.

This spot was awkward and violent so Dave Meltzer gave his assumption on Wrestling Observer Radio why it ended up looking so especially brutal.

Bryan Alvarez noted that it looked like Braun nailed McIntyre with the wrong shoulder but for whatever reason, the move was successful in pulling off the intention of taking The Monster Among Men out of the match so the heels could win.

But it still created a pretty intense spot where the real loser was the Greatest Royal Rumble trophy.