He points out that he now gets checked after every match. He doesn’t even have an opportunity to thank his opponents after each match; he heads right into the doctor’s office when he leaves the ring. Jericho points out that WWE threw Bryan right back into the fire after returning as he took a Powerbomb onto the ring apron from Kevin Owens on his first night back. Jericho says that’s one of the most painful moves he’s ever taken.

Bryan informs that his WWE contract was set to expire on September 1st and he was going to leave because he made his mind up that he was going to wrestle somewhere. Wrestling is a part of him and he didn’t have a satisfactory conclusion to his career. If WWE wasn’t going to clear him to wrestle he wanted to go to NJPW, ROH and Mexico. 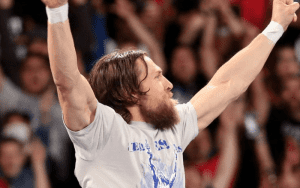 Bryan informs that his return to the ring has been fairly easy thus far. He got a bit tired during his WrestleMania match when he was doing multiple dropkicks from corner to corner, but he took a deep breath and then he was fine. He was concerned heading into his recent singles match on Smackdown against A.J. Styles, but that turned out to be fine as well.

Bryan admits that he was concerned with his size when he was told he was cleared for an in-ring return. He has dropped 15-20 pounds since the WWE Universe last saw him in the ring, and although being lighter feels better on his joints, he thinks size matters to casual wrestling fans who turn on the programming from time to time. He also really wants to wrestle Brock Lesnar, and size is important in that case to make the match believable.