Ryback notes that WWE has started to market multivitamins for children, and Dolph Ziggler is one of the featured performers for this marketing. He points out that WWE always takes care of Ziggler with these outside deals and opportunities. He recently had a great deal with Cricket Wireless, and now he’s being utilized again here. Ziggler mightn’t always be used in the greatest capacity on WWE television, but he makes good money.

Hulk Hogan was inducted into the Boys and Girls Club of America’s alumni Hall of Fame this past week, and Ryback was happy to see this. He points out that ever since Hogan was let go by WWE a few years go he’s said all the right things, and he thinks it’s only a matter of time before we see Hogan in WWE again. 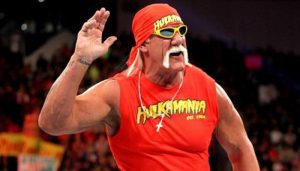 Ryback points out that Chris Jericho appears to be heading back to NJPW for a match with Naito, after showing up at a recent NJPW show and causing a fuss. Ryback says that Jericho was always kind to him and it’s very impressive how Jericho has seemingly succeeded at everything he’s done.