He recalls Daniel Bryan and William Regal training Hornswoggle during his WWE run. Hornswoggle has always struggled with his weight and Bryan & Regal wanted him to live a long life for his son. Ryback would often stumble into a room during television tapings or at house shows and Bryan & Regal would be putting Hornswoggle through the paces, with sweat all over the floor. Moments like that he realized that the wrestling business is a very unique world.

Ryback comments on the upcoming 1000th episode of Smackdown, which will air on Tuesday, October 16th. He points out that the years continue to fly by, and he credits WWE for their success over the last two decades. He adds that it’s very difficult to stay on television for that amount of time, and WWE has found a way to do it with two shows. He’s sure WWE will make a big deal out of this anniversary, much like they did with the 1000th episode of RAW and the recent RAW25 episode. 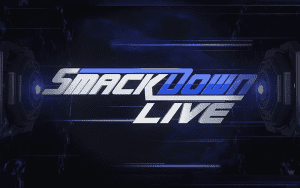 Ryback says he’s never seen anything like Daniel Bryan’s chest after he and Roderick Strong had a chop-off during the Greatest Royal Rumble match. He’s unsure if that was a result of Bryan not working much over the last couple of years and his body not being used to the punishment but in either event, his chest was pretty torn up after that match.

Ryback comments on the talent turnover in NXT. He points out that over the last 4-5 years the brand has been able to manufacture main roster talent, while replacing the outgoing talent with fresh new faces that ultimately lead the brand into a new era. He points out that they have great trainers there like Shawn Michaels, who kids can learn from every day of the week. He thinks the NXT brand is going to continue to evolve and get better.