Russo points out that the difference between rookies and veterans is that WWE would never have to tell Jim Ross not to tweet about the controversy surrounding the Greatest Royal Rumble. Unfortunately, Graves decided to go on social media and tweet about this in an attempt to get himself over, and it’s no surprise that he has heat with WWE because of this.

Lane informs that Sami Zayn was apparently left off the Greatest Royal Rumble event because of his Syrian heritage. Gilbertti points out that WWE is a global company, and they need to respect the rules of the countries they perform in. If that means that some performers need to stay home, that’s exactly what’s going to happen. 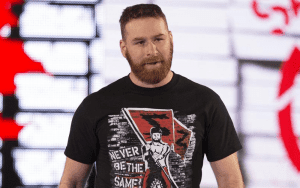 Lane points out that PWTorch’s Wade Keller suggested that Triple H, John Cena and The Undertaker should have paid the women who were unable to perform at the event. Gilbertti says that’s crazy, and he wonders why the women should get paid if they didn’t perform.

Some people have asked Triple H about the fact that there was no promotion for his match versus John Cena. Triple H responded by saying that this was a marquee match that didn’t really need promotion. Gilbertti has no issue with that at all. He points out that Triple H and John Cena are two huge names who went out for the first match and felt the crowd out. This was a smart move for WWE and he thinks people tuned into this show for The Rumble’s main event; the rest was just a bonus.