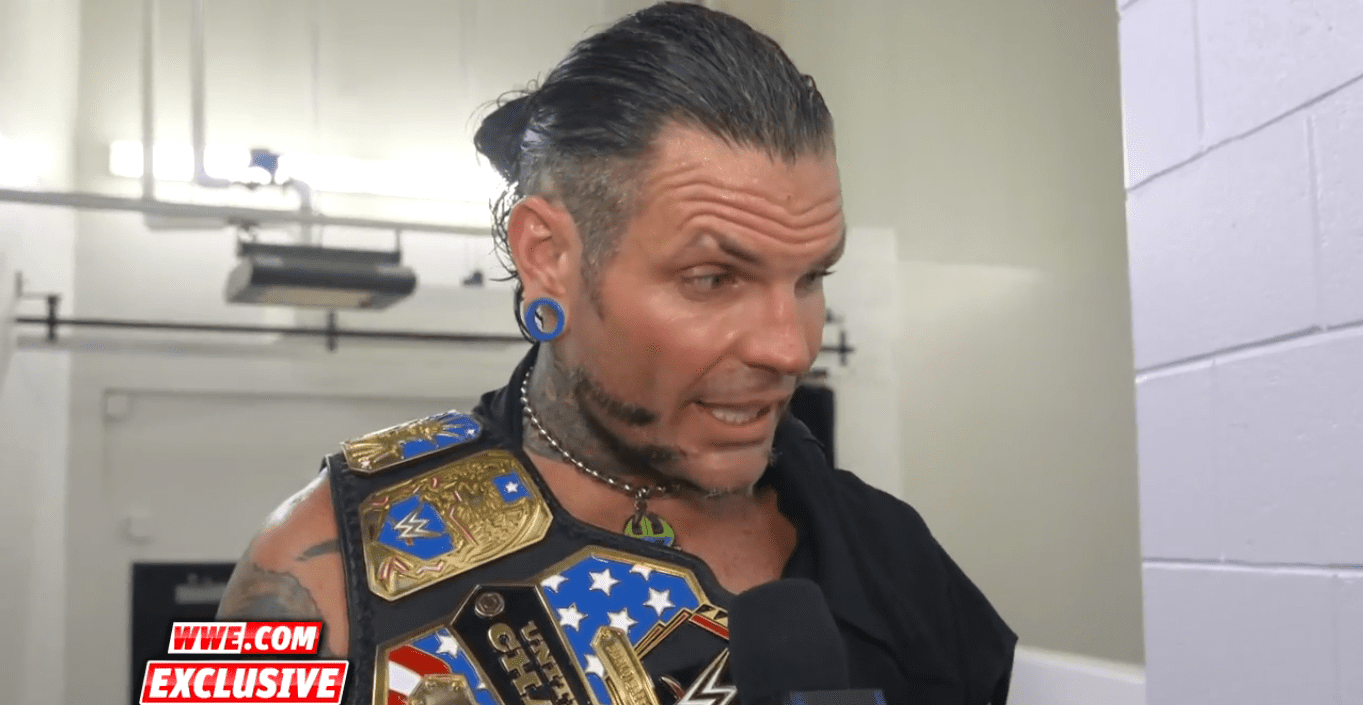 As seen on the Backlash pay-per-view, WWE United States Champion Jeff Hardy retained his title against Randy Orton. The Charismatic Enigma won the match after hitting The Viper with a vicious Swanton Bomb.

In a backstage interview after the match, Hardy talked about facing Randy Orton after a decade. Hardy also revealed that he was glad to have evaded the infamous RKO during their match:

I mean Randy Orton’s the former Legend Killer, the legend himself. It’s been ten years since I have been in a match one on one with that guy…And he’s just as good as he was in 08-09.

Here in 2018 at Backlash, I mean I am in Newark, New Jersey and I just beat Randy Orton and I am still the United States Champion and I got out of that match without experiencing the RKO again. So with that said, I’ll see you Tuesday.

You can watch the entire backstage interview here:

What did you think about Jeff Hardy retaining his championship at Backlash? Tell us in the comments below…