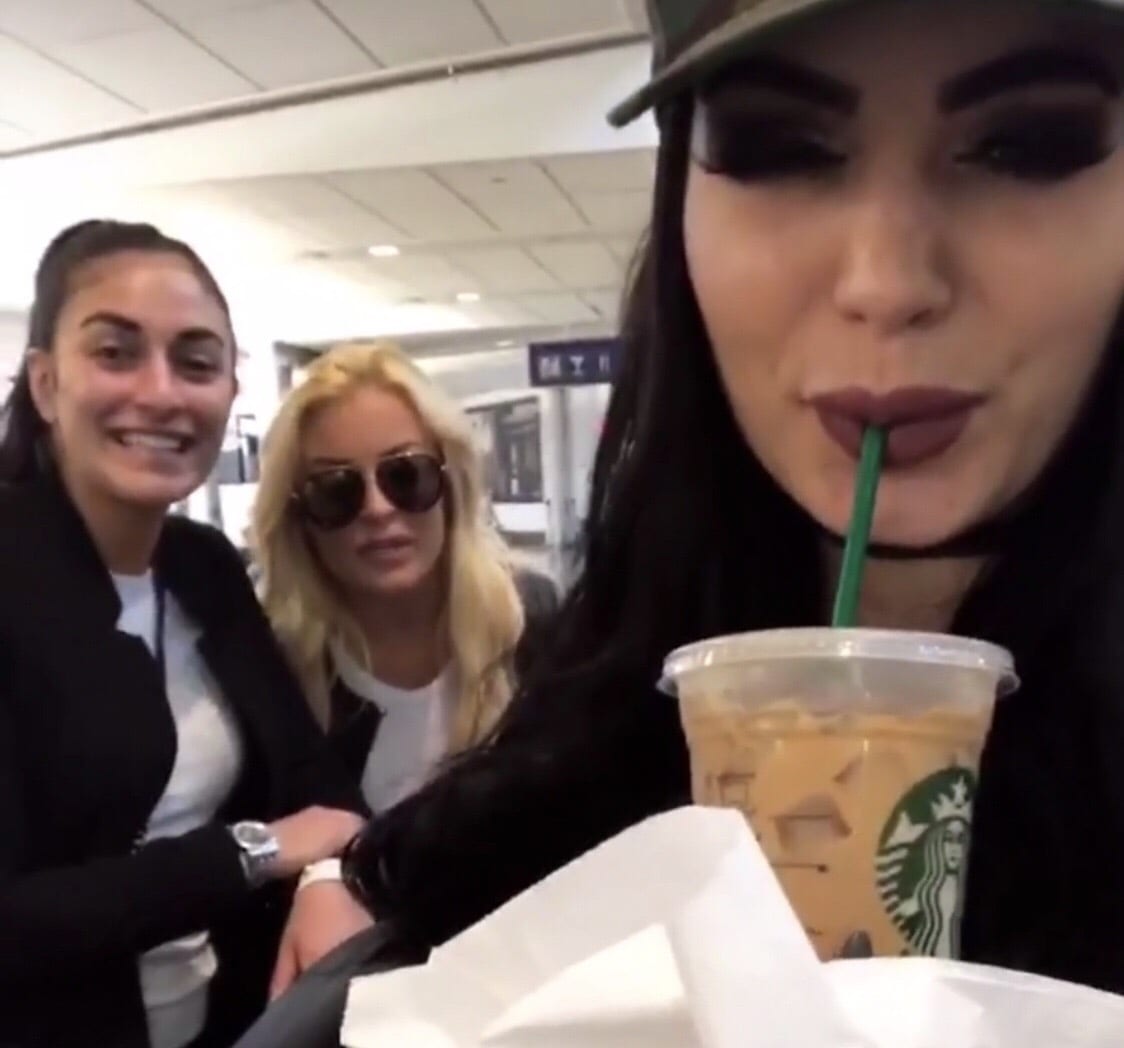 Paige knows how to make herself the center of attention, especially at an airport. When she flew out of Montreal with the SmackDown crew it looked like her bag had grown in size since she flew in because it wouldn’t fit in an overhead compartment but it’s okay because she flies first class. So Paige was able to carry-on her oversized baggage.

Apparently, Paige also got Mandy Rose and Sonya Deville in the first-class seating as well. It was the least she could do after calling Absolution dead the previous night on SmackDown Live.

In Paige’s version on her Instagram story, you can see that while this was a really nice gesture Paige might already have some IIconic replacements for Rose and Deville.