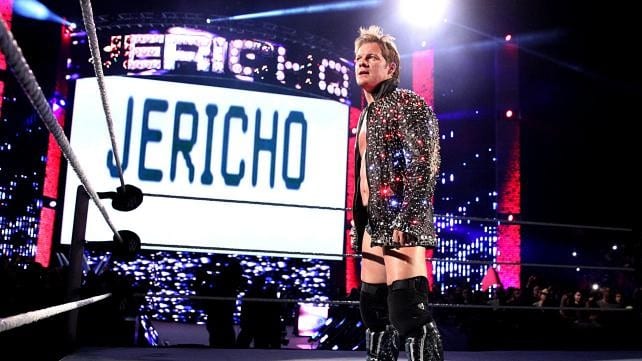 The WWE Hall Of Fame will eventually include Chris Jericho. It would be very hard to argue against that fact, but the real question is whether or not Y2J would accept the nomination.

Chris Jericho recently spoke to Aaron Varble from Still Real To Us where he went into some detail about his feelings on the WWE Hall Of Fame and how the ceremony varies from the Rock n Roll Hall Of Fame.

“I find Hall Of Fame is more for the fans than it is or anybody else. I’ve never been that focused on the Hall Of Fame. I kinda thought it was cool when Axl Rose didn’t show up or Van Halen didn’t show up or being super snotty and kinda being a dick. Like when the Sex Pistols sent in a letter saying they didn’t want to be there, they refused to be mentioned or whatever.”

“But I think for the fans it’s kind of a cool buttoning of the whole career. But I just watched the Hall Of Fame and Bon Jovi was up there with all the members and it was cool and then the guy from Dire Straits didn’t show up so it’s kind of an embarrassment. There’s so much drama behind the Rock n Roll Hall Of Fame because you’re talking about bands — the good thing about the WWE Hall Of Fame is it’s just you.”

In the end, Chris Jericho said he imagine that he would probably show up if he’s ever given a spot in the WWE Hall Of Fame.

Jericho also commented on how he didn’t think his career was done yet which is what he sees a Hall Of Fame induction to signify. But in the end, Y2J could probably end up taking a spot if/when Vince McMahon ever called Jericho for an induction.

“So I imagine I’ll probably show up if I’m ever invited. But I don’t really feel like I’m at that point in my career where I should be in the Hall Of Fame. To me, that’s kinda the end of the road not kind of when you’re at your peak — like what people are saying about the Kenny Omega match and the quality of the match. ‘It’s the best match of Jericho’s career’ — well jeez if that’s the case then I got nowhere near the Hall Of Fame yet I still have a bunch of great matches left in me it’s not like that was my last ditch one and then I’ll explode into a puff of dust.”

It will happen sooner or later, but there is a lot more for Chris Jericho to do in the world of pro wrestling before taking the stage at the WWE Hall Of Fame. It’s still nice to know he’ll probably show up when he’s inducted though.