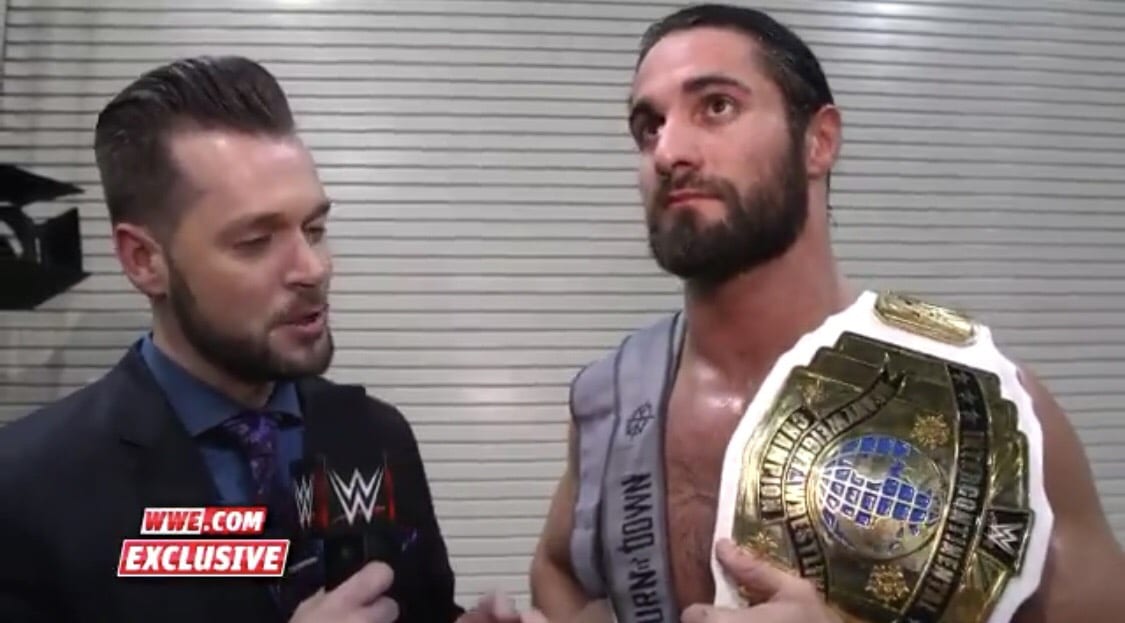 The WWE Superstar Shake-Up can mean a lot of things in the grand scheme of things but Raw’s new IC Champion Seth Rollins was recently asked what it means to him and he said he hopes it amounts to something Phenonomal.

Fresh off his victory on Raw, Rollins was asked who he would want to face if he ends up on SmackDown Live. He said that he doesn’t know if champions are exempt from the Shake-Up but knowing WWE brass anything is possible. Then he took a moment and finally said:

“I would be remiss if I didn’t just say AJ Styles” when naming his dream opponent on the Blue Brand. I mean that is a dream match for a lot of people but that is a dream match for me. It has been a long long time since I have been one-on-one in the ring with AJ Styles and at the end of the day he’s the champ and I’m gunning for the title. So I think that is one I have on the top of my list.”

So there you go, if Rollins ends up on SmackDown Live for some reason during this Shake-Up he’s looking for a little champion vs champion action against AJ Styles. Although he might want to get in line because it doesn’t look like Shinsuke Nakamura is done with the WWE Champion just yet.

EXCLUSIVE: If #ICChampion @WWERollins happens to get SHAKEN UP to #SDLive next week, he has one PHENOMENAL, dream opponent in mind! #RAW #SuperstarShakeUp pic.twitter.com/mXq1njXLU3