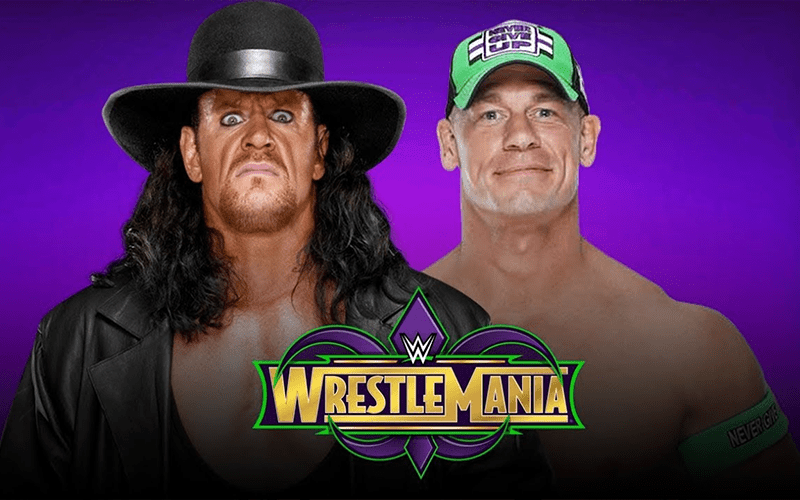 The idea of John Cena and The Undertaker having a match at WrestleMania is nothing new. The two have been teasing some kind of confrontation for a long time but since Cena started taunting Taker to do something it really took off.

According to the Wrestling Observer Newsletter, as of 4/3 he heard a match between the two has been planned for months. From Vince McMahon’vs view it was said:

“the audience knows he’s going to show up and this is the ‘story’ that brings him to ‘kick Cean’s ass.'”

It also seemed like Meltzer quotes his source as he continued to discuss what he had heard regarding the current storyline with John Cena.

“They are also of the belief announcing Taker in advance won’t compel anyone to purchase the network, as anyone inclined is getting the network for the show anyway. This is Vince McMahon’s story and he seems very happy with it. I think part of it is that Vince McMahon can say, ‘people are invested in the mere chance Undertaker will show up.'”

Whether Undertaker pops into the ring for an actual match or just a confrontation is yet to be seen. After all, all of this could be just to set up a match between the two at next year’s WrestleMania. But it was noted very clearly that this has been a scheduled match dating back several months and The Undertaker has also been training as such.